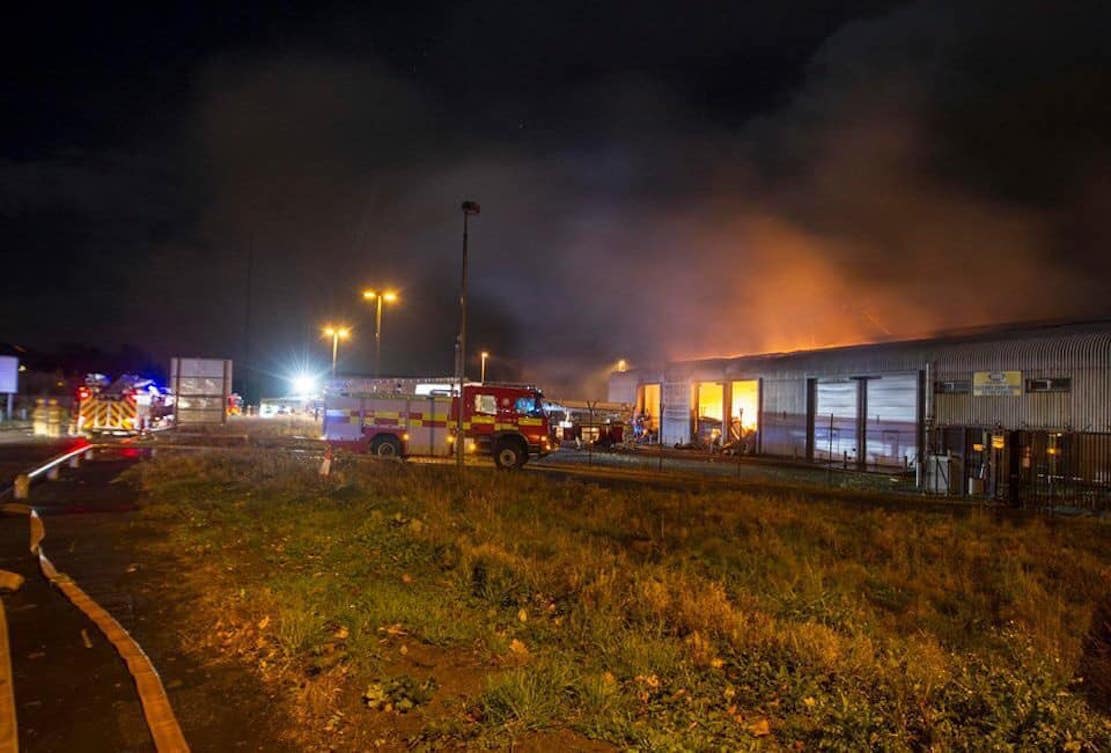 A large fire broke out at an industrial unit in Newry in the early hours of Saturday morning.

Emergency services were on the scene shortly after 1.30am.

Northern Ireland Fire and Rescue crews from south Armagh, Newry and south Down attended the blaze at grounds of the former Customs Clearance Station at Carnbane Way.

According to local report, nearby residents heard a loud bang shortly after 1am.

There are no reports of any injuries at this stage.

An aerial platform appliance was also brought in from Portadown to provide a water tower to help bring the fire under control.

Up to 40 fire fighters, some using breathing apparatus brought the blaze under control within a couple of hours, containing the fire to the one building.

Newry SDLP councillor Michael Savage said: “Local fire crews are to be commended for their swift response in dealing with this major blaze and their bravery in tackling this serious fire.

“The Newry crews were on the scene within three minutes. Praise must also go to local residents who raised the alarm. The cause has yet to be determined but a full fire investigation team will be carrying out work this morning to determine the cause. I am just thankful that no one was hurt.”