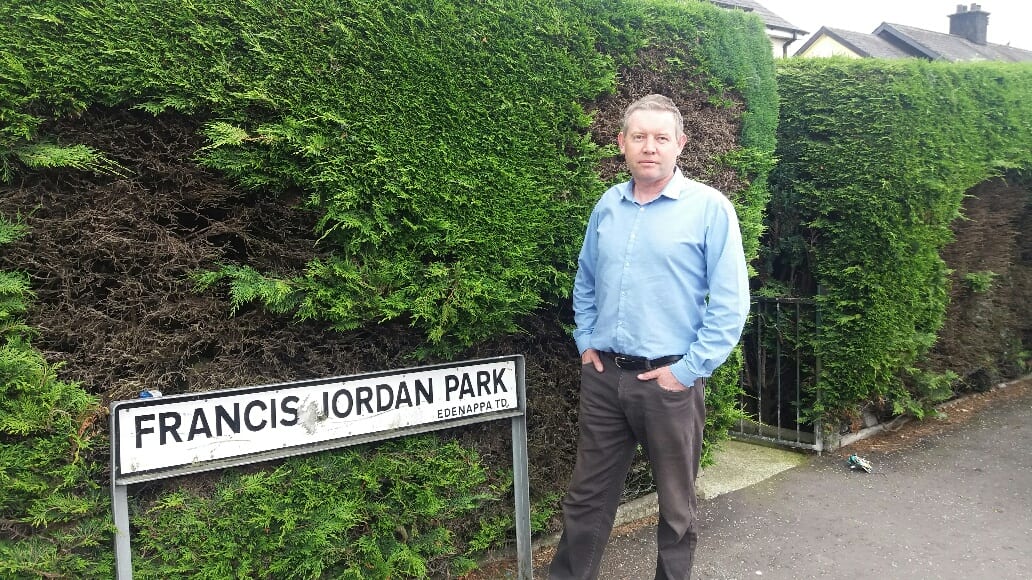 Residents were forced to jump garden walls as cars sped up through a county Armagh village as children played outside last weekend.

The reckless hooligans have been branded “death drivers” after a Sunday of terror earlier this month.

On the afternoon of June 4, a thoughtless driver sped up and down the Edenappa Road, past houses, hand-breaking and doing 360-degree turns whilst children played outside their homes.

“As parents ran to gather their young this driver and his co-pilot reached speeds which launched them into the air when they hit the speed ramps in the village,” explained councillor Larkin.

“There was an attempt by the death drivers to run down a number of residents who had emerged to witness this criminal behaviour. There is a fear in the community that drink or drugs was the genesis of this attack on the village.

“Damage was caused to cars and residents had to jump garden walls to escape the drivers.

“Immediately after this, the driver of another car rammed a PSNI vehicle whilst escaping from An Garda in Co. Louth into Co. Armagh.”

It is understood that those responsible for both incidents crossed into the village from Co. Louth.

“They are not welcome in our community,” he added.

“The residents of Jonesborough will not tolerate the rampages of reckless drivers like this. Children should be able to play safely on the streets of our towns and villages.

“I have spoken to both the householders affected and the PSNI in relation to these incidents.

“Also I have contacted my colleagues in Louth to gather a greater understanding of what is happening and to encourage increased cooperation between An Garda and the PSNI to ensure that such incidents become a rarity instead of the norm.”