Family raise over £5,000 for Daisy Hill Children’s Ward in memory of son Ciarán 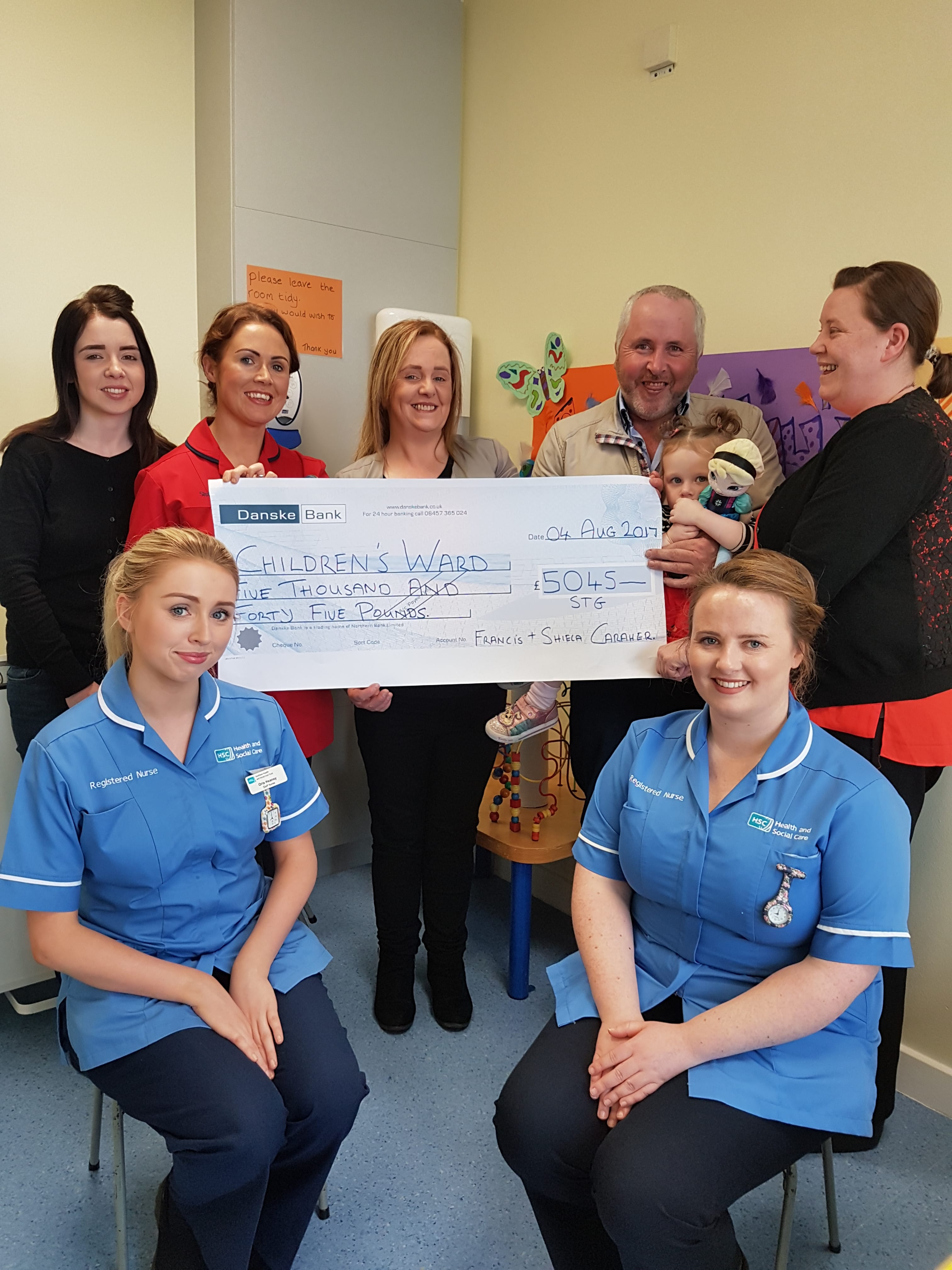 The Caraher family from Cullyhanna have raised £5,045 for Daisy Hill Hospital Children’s Ward in memory of their son Ciarán who would have turned 21 in June.

The Carahers would like to express their heartfelt thanks to everyone who helped to organise a fantastic programme of events in Cullyhanna. The Fun Family Weekend included a Tractor Run, a Country and Jiving night, a Family Fun day and Barbeque.

The Carahers have raised a total of £112, 000 since Ciarán died in 1998 which they have donated to Meningitis Research and Daisy Hill Emergency Department.

The family would sincerely like to thank everyone who took part in the weekend’s activities, sponsored and donated funds, while raising awareness of meningitis and helping them to remember their beloved son.

Accepting the cheque on behalf of the Children’s Ward at Daisy Hill Hospital, Ward Manager Sr Bronagh Corr said: “On behalf of all of our staff and patients I would like to thank the Carahers and everyone who contributed to their amazing fundraising efforts for such generosity.

“This very welcome donation will be used to buy equipment for our new Paediatric Unit which will be opening early next year.”