Two day special promises something for all ages 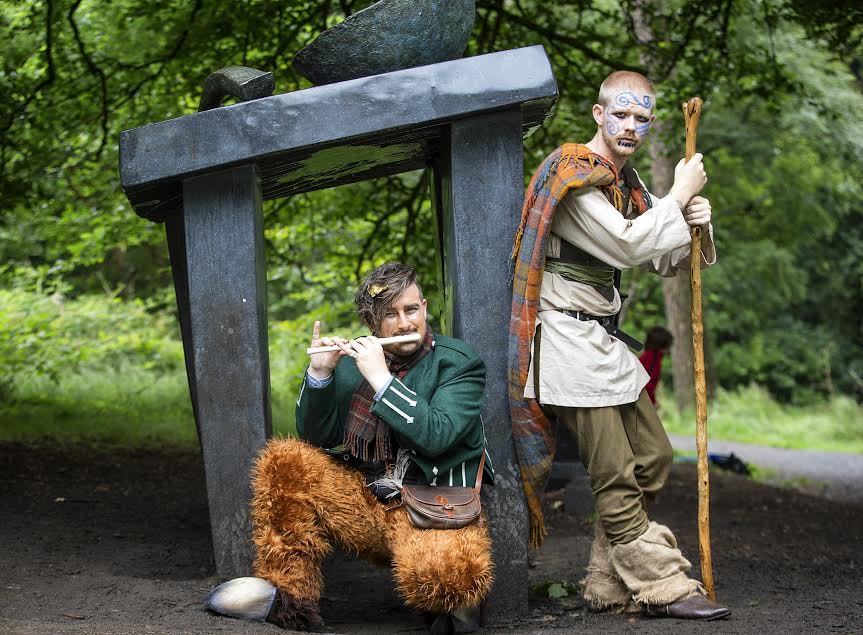 Newry, Mourne and Down District Council kicks off its Giant Adventures summer programme of events this weekend, with a host of magical creatures, attractions and things to do at Slieve Gullion Forest Park in the Ring of Gullion.

The Footsteps in the Forest festival, which returns for a second year after outstanding success in 2016, returns on Saturday 3rd of June and runs until Sunday 4th June.

Winner of the 2016 Heritage Council of Ireland ‘Cool for Kids’ category and kicking off at 10am, it is one of five free festivals taking place across the district which will showcase the region’s breath-taking mountains, coastline and mythical stories.

Supported by Tourism NI, Footsteps in the Forest is a weekend of unmissable fun, as larger than life characters take visitors on a storybook tour through the woodlands and this year’s eye-catching characters include mischievous trolls, woodland fawns, Finn McCool and the fairy queen.

The mythical two-day event will include a range of activities for kids, including craft workshops in sword and shield making, watching a real blacksmith at work in his forge, glass painting with local artists, lace making, monster mask making, balloon modelling and traditional Irish music.

An Artisan Food Fayre, hosted by local producers, will also offer a range of delicacies including chocolates and live demonstrations.

Newry, Mourne and Down District Council Chair, Councillor Roisin Mulgrew, said: “We’re enormously proud of our region, with its spectacular mountains, its dramatic coastline and its cities and towns which are steeped in history and culture – and what better way for everyone to kick off a Giant Adventures season of events than a trip to the Footsteps in the Forest this weekend.”

In addition to Footsteps in the Forest, the Giant Adventures programme includes four additional standout events –Strangford Lough Skiffie Festival on 22nd and 23rd July, Festival of Flight on 4th and 5th August, Wake the Giant on 26th and 27th August and City of Merchants on 30th September and 1st October – a new festival this year which reflects on and celebrates the rich maritime and industrial heritage of Newry.

For more information about all events, visit www.ringofgullion.org.