The derelict site began as a whiskey distillery 200 years ago 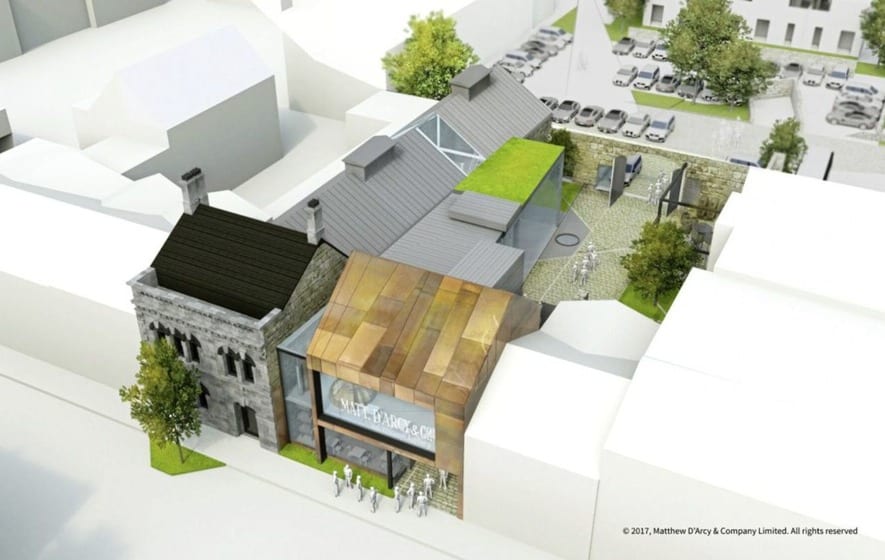 A new £650,000 whiskey distillery could soon be opening in Newry after plans were lodged earlier this month.

Businessman Michael McKeown bought up the old derelict distiller site on Monaghan Street in February this year, the original location of D’Arcy’s Old Irish Whiskey since 1817.

He plans to provide a working distillery, visitor centre, restaurant and an authentic Victorian pub, while also providing space for a theatre and private functions.

Currently president of Newry Chamber of Commerce and Trade, Mr McKeown said he revived the title of Matthew D’Arcy & Company to honour the last distiller who occupied the site.

The distillery, which will provide a number of new jobs, will have the capacity to produce around 9,000 cases a year of Old Newry Whiskey single malt.

“We will now intensify our efforts to recruit a master distiller of ability and reputation to achieve our target of 9,000 cases a year,” said Mr McKeown.

“We will market blends of purchased whiskey from other sources under the attractive brand names which we have registered and which are all inherited, including Blackthorn, The Native, Hand-in-Hand and Killeavey Cream.”

Its future now lies in the hands of Newry, Mourne & Down District Council.