Decision has caused a split in Council 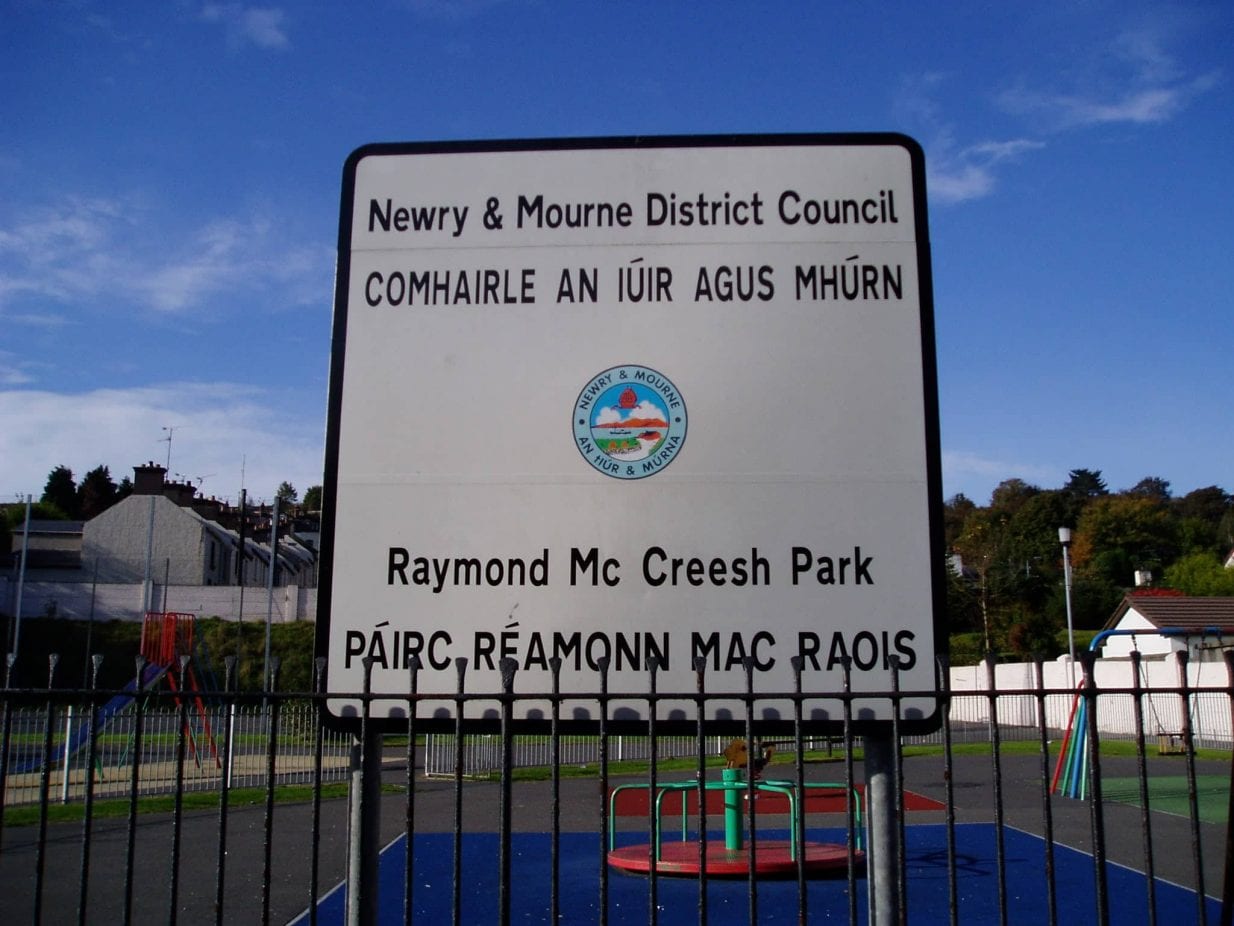 A decision by Newry, Mourne & Down District Council to retain the name of Raymond McCreesh Park will be welcome by the people of Ballybot, according to Sinn Fein.

Newry councillor Charlie Casey says an “overwhelming majority” of people from the Ballybot area believe that the name of Raymond McCreesh Park should remain unchanged.

Ten Sinn Fein councillors, along with 13 SDLP councillors, voted against a name change, instead opting for a public consultation into the matter.

And Unionists reacted angrily to the decision, calling it “one of most absurd actions ever taken by a local council”.

However, Mr Casey says the council vote was a “recognition of the esteem and respect in which Raymond McCreesh is held by the people of Ballybot”.

He added: “Currently Newry, Mourne and Down District Council are undertaking a Play Review Strategy for all recreational facilities in the district.

“During this, residents of the Ballybot area will be given the opportunity once again to decide the future of Raymond McCreesh Park through a public consultation.

“Sinn Féin support the right of the residents of Ballybot to determine the future of their local facilities, and to name them in any way they see fit.”

Read more: McCreesh Park decision ‘one of most absurd actions ever taken by a local council’