Cycling club back with fundraising event after two-year break, with hospice set to benefit 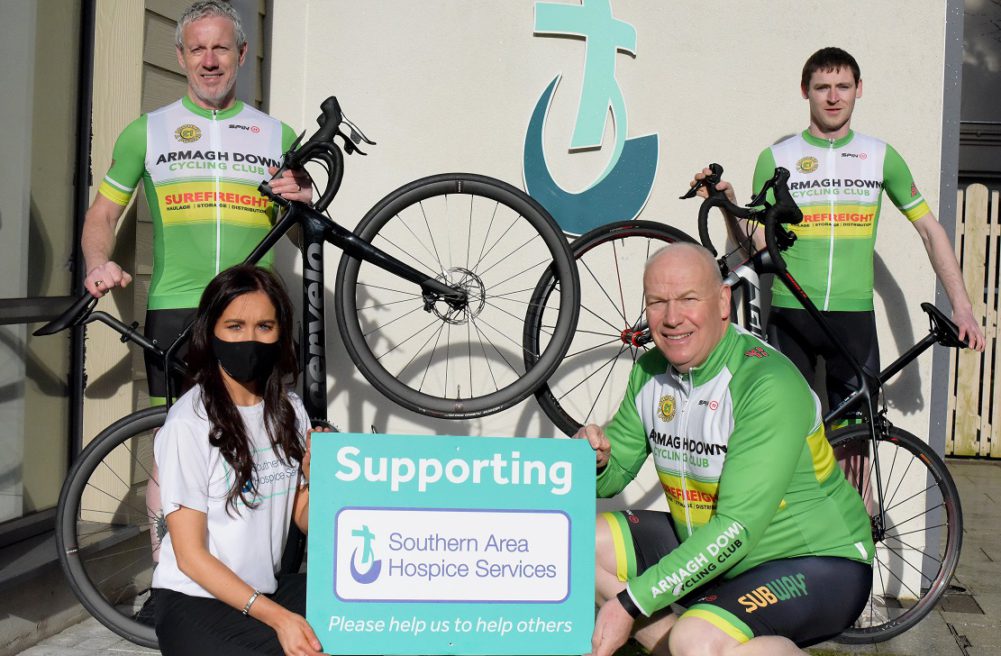 A cycling club is aiming to raise around £2,000 for the Southern Area Hospice by holding a long distance ride around the Ring of Gullion.

Armagh Down Cycling Club was unable to hold its Gullion Tour Sportive for the past two years due to the Covid-19 pandemic and is delighted that it’s back on track this year.

The event will take place on Sunday, April 24 and will consist of two routes – a 60km ride and a more challenging 100km spin.

Both routes go across the picturesque Cooley Mountains, passing the historic Long Woman’s Grave and taking in some fantastic scenery.

Club chairman Peter Dunne said  members had voted for the charity they wished to support and that the hospice had come out on top.

“The hospice hasn’t been able to raise funds the way it normally does for the past two years and a lot of people are really happy to be able to support it,” he said.

Club members will be marshalling the event as well as providing refreshments.

Mr Dunne added: “The Gullion Tour promises to be a fantastic day for riders of all abilities. It’s a great event.

“There will be local cyclists but the majority will be travelling from all over Ireland to take part.”

The club, which has 70 members, meets every Sunday morning at Greenbank in Newry, with the elite group doing 60 miles and the leisure group doing around 40 miles.

It was formed six years ago by the amalgamation of three clubs –  Saval Cycling Club, Killeavy Cycling Club and Armagh Down Breakaways.

This will be the fifth time the club has held the event, which is sponsored by Surefreight, Subway and AroundAPound.

Anyone interested in taking part can register in advance online at: www.cyclingireland.ie or on the morning.