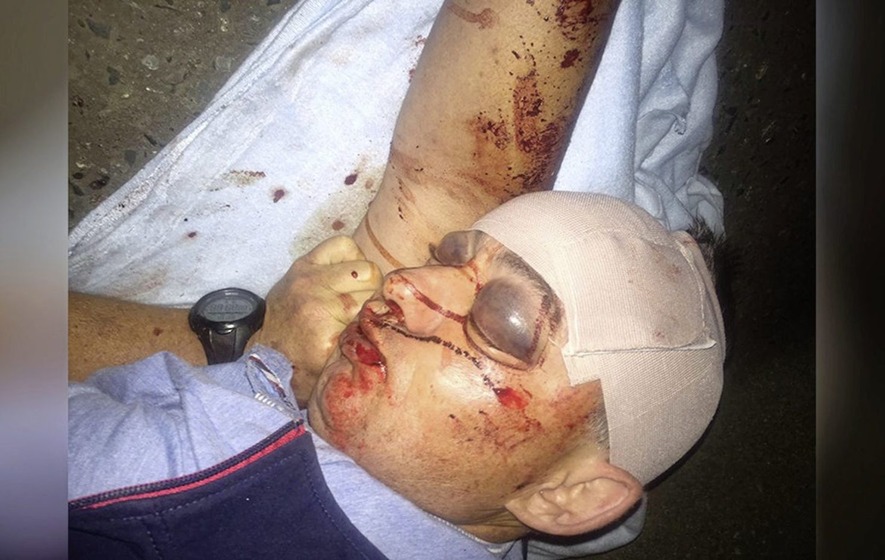 A Co. Down man admitted battering a well known contractor in what was described as a “sectarian hate crime.”

With 36-year-old Gary Chambers appearing at Newry Crown Court by videolink, defence QC Ciaran Murphy asked for two of the four charges to be put to him again.

Reading from a note in front of him Chambers denied causing grievous bodily harm to Pascal Morgan with intent but admitted causing him GBH “contrary to section 20 of the offences against the person act.”

The 36-year-old also admitted attempting to cause criminal damage to gates and doors at the Kilmorey Arms Hotel in Kilkeel on July 14, 2019.

Following his admissions, prosecuting counsel Fiona O’Kane asked for the remaining two counts, accusing Chambers of robbing Mr Morgan of his wallet which contained £150 and 450 Euros and making a threat to kill his victim, to he left on the books, an application acceded to by Judge Paul Ramsey QC.

None of the facts surrounding the incident were opened on Friday but previous courts have heard that up to 35 witnesses were set to give evidence in the “sectarian hate crime.” Well-known contractor 49-year-old father-of-two Paschal Morgan was attacked on the Greencastle Road as he walked home and was left with bruising to the front of his brain, shattered eye sockets and cheekbones and a suspected broken jaw.

In court, Mr Murphy asked for sentencing to be adjourned to allow time for a pre-sentence probation report to be compiled, adding that he would also be lodging a psychiatric report ahead of the sentencing hearing.

Freeing Chambers on continuing bail, Judge Ramsey listed the plea and sentence for May 17.