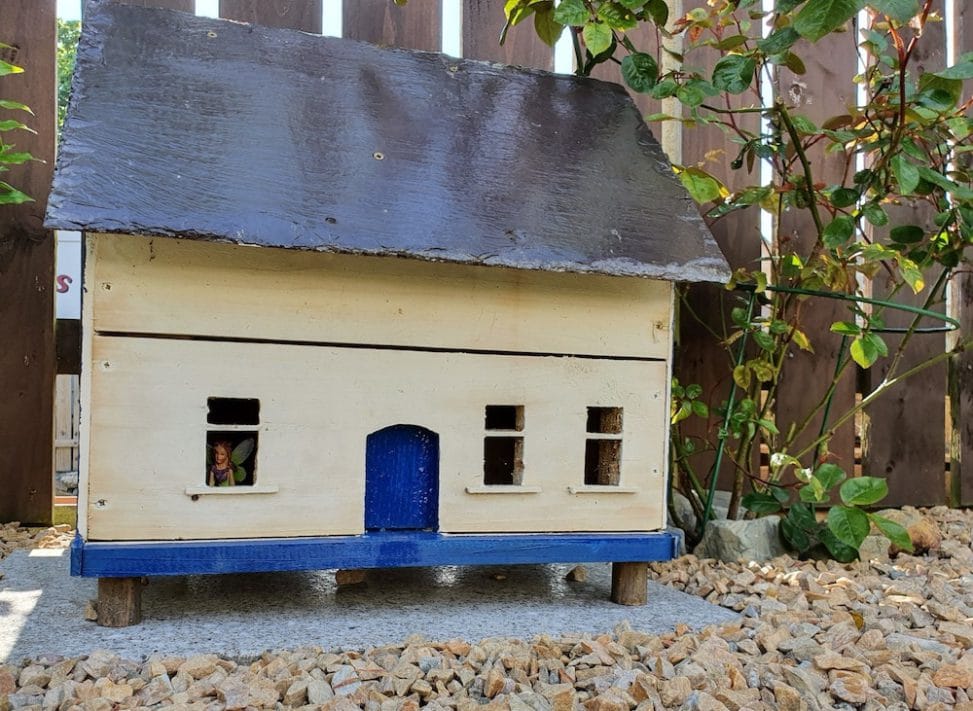 A local independent councillor has taken to telling of the plight of an ancient fairy who has taken refuge in his garden.

A fable it may be, but one Newry, Mourne and Down councillor Mark Gibbons laces with an important message to residents across the borough.

The story, written like a traditional news story, begins with the headline: ‘Ancient Fairy takes refuge in councillor’s garden’.

It reads: “An unexpected guest has taken refuge in the garden of Independent Councillor Mark Gibbons. The little fairy is believed to be around 800 years old and has been living in the area peacefully with her family by her side.

However, Councillor Gibbons was shocked to hear why she had decided to move into his miniature house in the garden.

I was admiring the house (made by local man Kieran Morgan and the Rostrevor Men’s Shed) one evening when I heard a tiny voice coming from one of the windows. I couldn’t believe what I was seeing as I lay down on the grass and listened to her in awe.’

‘After a lengthy discussion with the little lady I was shocked and disappointed to learn that after 800 years of living in this beautiful area, she simply had enough of trying to live with the large amounts of litter, plastic and dog waste being scattered across this glorious and enchanted land.’

Councillor Gibbons has agreed to let the fairy stay for as long as she wants-rent free, and has asked for people to please be mindful before they throw litter and waste of any kind across the countryside. On a more positive note, the fairy in question acknowledged the great work of children and how they are leading by example when leaving no trace of nasty litter.

She hopes to return back to her natural, magical habitat with her family when humans go back to taking more care and pride in their area, which has slipped during recent times.

She explained that one of the main reasons why the fairy population has dropped dramatically in this part of Ireland, is because litter of any kind, left lying around, slowly starts to have a damaging effect on rare fairy dust particles, that were once so prominent in this neck of the woods. These magical particles keep all fairies healthy and happy.

If us humans would just try that little bit harder and love the land we all adore and share, our fairy population would rise again and they would be seen far more regularly. Councillor Gibbons has commended the little lady for having the bravery to speak out and he thanked her for bringing unexpected joy and wonder to his garden for him and especially to his daughter.

‘I have thanked our little magical guest for giving me the opportunity to hear her concerns and I hope that the message will get out to everyone who thinks that littering is ok.

Taking pride in our community brings hope, honor and most importantly-it could bring back our much loved fairy population again.”