'As we approach 2018, this is surely unacceptable.' 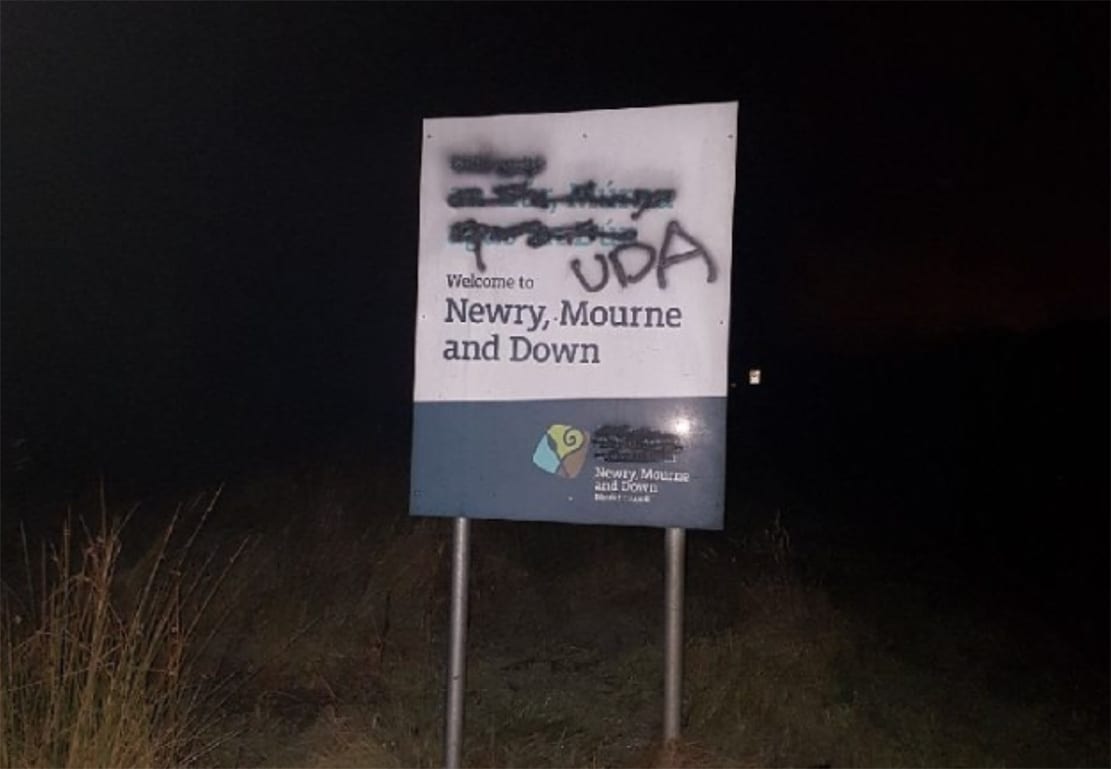 A bilingual council sign in Co Armagh which has been defaced over the last few days has been branded as “naked sectarianism”.

A Newry, Mourne and Down District Council bilingual sign in the Drumbanagher area of Poyntzpass, welcoming people to the area in both Irish and English, had the former painted over.

Sinn Féin councillor Barra Ó Muirí has spoken of his anger of the attack on the Irish language.

“Over the past few years, we have witnessed numerous welcome signs being vandalised, always with the Irish wording being painted over,” said councillor Ó Muirí.

“It is naked sectarianism,” he blasted. “There are people out there who would exact criminal damage on a sign, for what purpose? Surely they can see that the more they attack the Irish language, the greater coverage they give it.

“Where are the political representatives of these people? Why are they not the first to condemn such wanton vandalism? Do they even condemn the actions?

“In Poyntzpass, not only was the Irish wording daubed out, but it seems to have been signed off by the UDA. As we approach 2018, this is surely unacceptable.”

He added: “I urge all residents of our council district to respect not only Council property, but each other. If we can learn to live in mutual respect, understanding of our differences and appreciation of our strengths, we will have a much more tolerant society.

“The day of the gang lurking in the dead of night to carry out such disrespectful crimes is surely over.

“We need to move on.