'The parties promised to deliver a world class park at the last election, but they have now revealed plans for a third rate park instead' 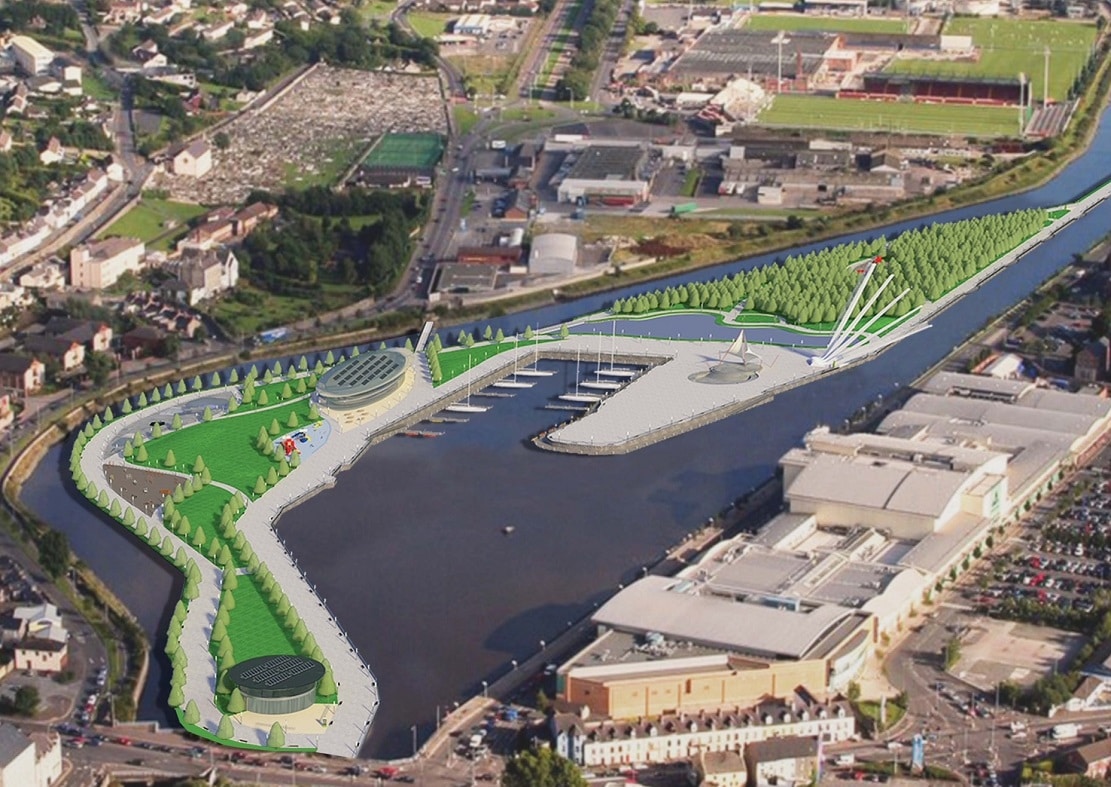 A Newry campaign group has accused the council of lack of transparency on £30m plans for a public park in the town.

It claims Newry, Mourne and Down District Council (NMDDC) is not making minutes of stakeholder meetings and the plans it has come up with are not want the community want or need.

The Department of Finance will deliver a £16m purse to the project at the Albert Basin following an outline case for the public park approved earlier this month.

However, no time frames or costings for work on the park currently appear on the proposed signage, which will be finalised in the coming weeks.

Co-founder of Newry 2020, Brian Clelland, believes the council is “misleading” the public.

“This project has been plagued by governance issues for years, particularly around transparency and record-keeping,” he said.

“At a recent Stakeholders Forum meeting, the council refused to minute the concerns of stakeholders.

“For the council to subsequently claim that its plans reflect what the community wants is totally misleading.

“We were very pleased to receive £16.2m in funding from Department of Finance last year, and we have expressed our gratitude to the finance minister for his support. “Unfortunately, the plans the council have unveiled on the back of that funding are not what we were promised.

“The parties promised to deliver a ‘world class park’ at the last election, but they have now revealed plans for a ‘third rate park’ instead.

“This project has huge potential, but we are not convinced that these plans represent good value for money.

“For this project to succeed, the council needs to start listening to local stakeholders.

“Anything else risks squandering what should be an incredible opportunity for our city and our district.”

The council was asked about its lack of time tables and spending details on the proposed signage, which is due to be erected on location at the Albert Basin site.

A council spokesperson said: “The outline business case is now undergoing a rigorous review process undertaken by the Department for Communities, which will take several months to complete.

“Further information on the timeline will be available at the end of this process.