Council looking into trialling floating wheelchairs at Co Down beaches 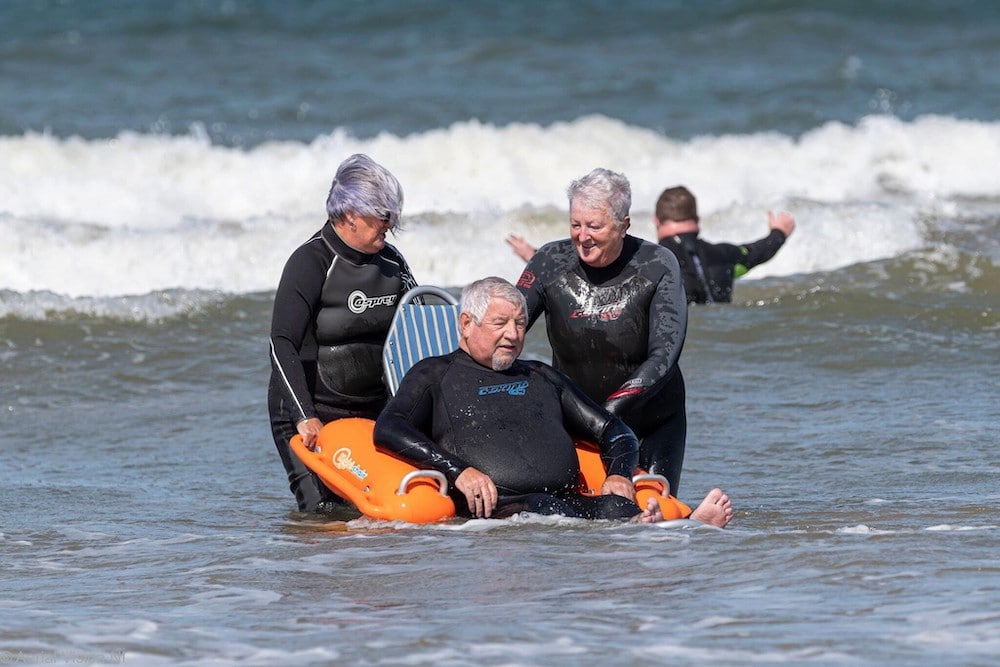 Newry, Mourne and Down District Council are looking into the possibility of trialling floating wheelchairs at beaches across the district.

It comes after a surge in staycations over the summer period, with wheelchair users unable to access blue flag and other beaches in the area.

Alliance Patrick Brown, who brought the motion forward, said there was currently a lack of provision at beaches in the council area.

In a motion submitted to full council in August, Cllr Brown’s motion read: “This Council supports accessibility for all our residents and notes the lack of accessibility onto beaches for those in wheelchairs in the Newry, Mourne and Down area.

“Therefore, Council will trial the provision of beach wheelchairs, ‘floating’ wheelchairs and beach access matting on Newcastle beach, with the intention of expanding to other beach areas in due course.”

In a report presented to members of the Active and Healthy Communities Committee, council officers said they were currently investigating options and a further report will be tabled in October.

However, Sinn Fein called for an amendment to the motion, adding that further thought needed to be given to those who had no mobility in their wheelchair.

Cllr Valerie Harte said: “Sinn Fein support the motion but would ask that thought be given to those in wheelchairs that have no mobility whatsoever.

“We do know that there’s a consultation ongoing at the moment on changing places and I feel that before we implement provision of these wheelchairs that the changing places provision also needs to be accessible.

“Not everybody on a wheelchair is mobile and they would need a hoist and therefore there wouldn’t be much point providing floating wheelchairs if we haven’t no facilities for these people to get in or access these wheelchairs.”

Independent councillor Jarlath Tinnelly said that the issue had been raised with him throughout the summer and called for other beaches to be included in the pilot.

“My only concern [with the motion] would be that if we’re proposing a pilot project then I would’ve thought at the minimum our two blue flag beaches in Tyrella Beach and Cranfield Beach be considered.

“The experience of wheelchair users to get on to the beach and enjoy that same thrill is a priority and we should be doing whatever we can to facilitate that.

“These floating wheelchairs can be taken into the water and allow people to enjoy the same experiences as everybody else, things that are taken for granted.”

All amendments were accepted by Cllr Brown and further report on the motion will be brought before the committee in October.