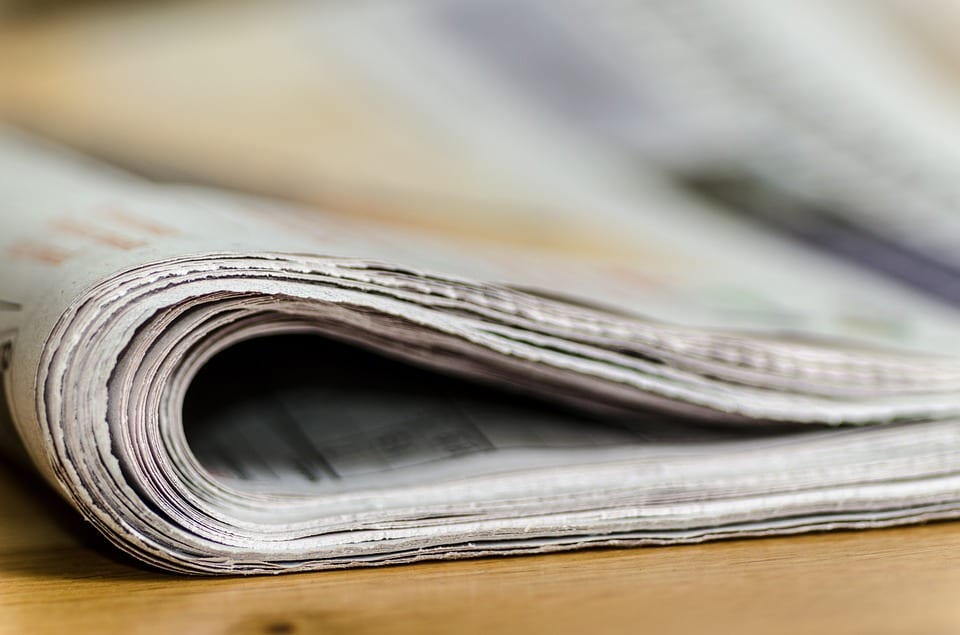 Newry, Mourne and Down District Council is considering stopping placing advertisements in newspapers – unless legally obliged to do so.

A review of advertising practices has identified the need for change to digital platforms to reach out to residents.

And the key reason behind the decision is that council has been told of the savings that can be made by “moving advertising from printed media to online”.

Information due to go to the council’s strategy policy and resources committee next week flags up Ofcom evidence which shows only ONE PER CENT of adults in Northern Ireland now rely on newspapers as their main source of news.

That’s compared to 7% who cite websites and apps as their main source for news, 12% for radio and 72% for TV.

An official report to committee advocates the need for change and a switch in future to “placing advertisements where possible online”.

The report points to the council’s corporate digital communications strategy which is currently being developed.

The committee will be told: “Council will proactively engage with residents and visitors across a range of digital platforms to inform and interact with them.

“This channel shift will facilitate two-way communications between citizens and council to achieve better and inclusive governance.”

And the report says council should only now advertise in printed newspapers if required by law to do so.

It states: “In view of current advertising expenditure by council, savings should be created by moving advertising from printed media to online.

“The council will still be legally obliged to place some statutory advertisements in the printed media, e.g. planning.

“It also must apply with the Corporate Equality Scheme requirements under Section 75 NI Act in terms of accessibility to readers who do not use digital platforms and/or have limited broadband coverage.”

The issue will be examined at committee although as always a final decision will require full council approval.