Controversial plans for new £3.2m Lidl and mountain rescue centre to be recommended for approval 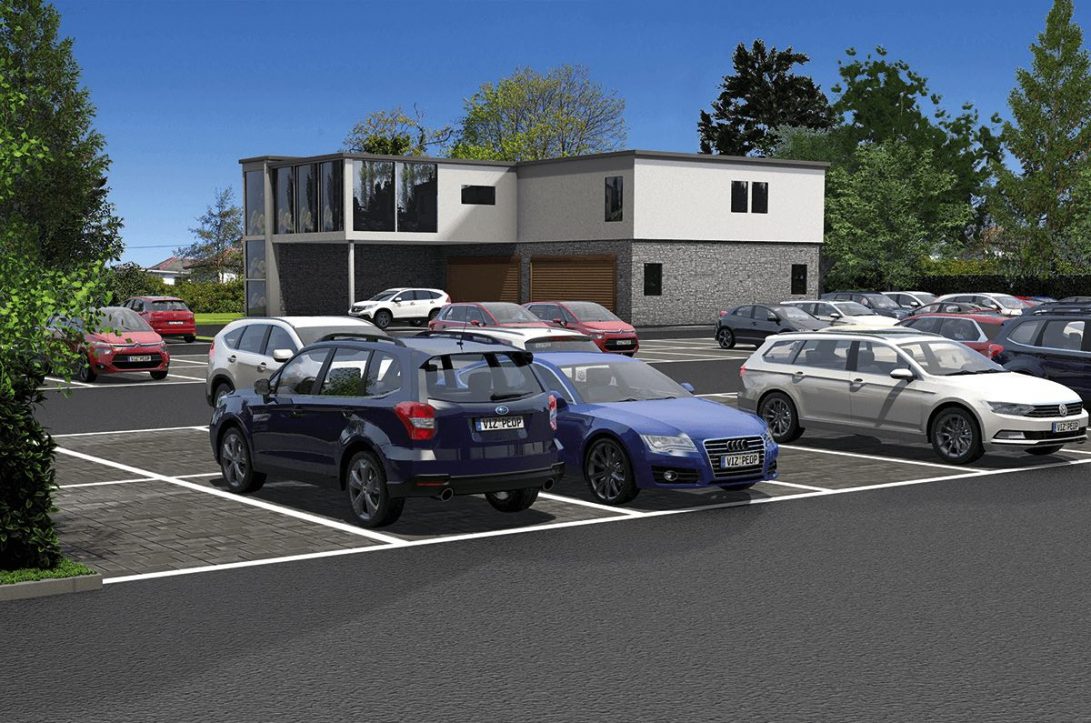 Plans for a new Lidl supermarket and Mourne Mountain Rescue Centre on the site of a former primary school in Newcastle are to be recommended for approval despite a glut of objections.

Speaking rights have also been requested from several interested parties when the application goes before Newry, Mourne and Down District Council’s planning committee today (Wednesday).

The proposals have been on the agenda on several occasions and this week’s meeting is expected to determine once and for all whether or not they should proceed.

In a £3.2 million investment, Lidl would relocate from next to the Slieve Donard Hotel to the site of the former St Mary’s Primary School, which the supermarket bought four years ago.

It says the new supermarket would create 12 new jobs, on top of the 14 already employed in the town centre.

Part of the site would also be used as a new base for the Mourne Mountain Rescue Team.

Seventeen letters of objections were submitted while five letters of support, specifically for the latter – the rescue centre – were received.

The old school site in question is at Shan Slieve Drive and includes a portion of the Bryansford Road.

It would involve the demolition of the school and the building  of a “food store and mountain rescue centre”, together with car parking provision and associated site works.

Planners have been considering the application – submitted two years ago – and are now to recommend it should be allowed to proceed.

A retail impact assessment was compiled. The site is located 300 metres from the centre of Newcastle and is therefore considered an ‘edge of town’ location.

The Lidl plan is for a 2,206 sq metre unit, with 1,338 sq metres of this dedicated to sales. The supermarket’s present outlet is within a listed railway tower and, according to the planners’ considerations going to council, “opportunities for expansion are limited at their current location”.

An agent acting on behalf of Lidl said the supermarket had looked at 11 other potential development sites but none of these were “considered suitable, predominantly because they are too small”. There were “no other available sites within the town centre which would accommodate a supermarket of this size”.

According to planners, Lidl’s existing store is unable to carry the full range of goods as it is “too small”; is has “narrow aisles with limited circulation space” and the car park is also described as “too small”, meaning the “general customer experience falls short of the standards expected of a modern food store”.

The retail impact assessment refers to other ‘top up convenience retailers’ outside the town centre and adds: “Lidl is unlikely to impact on such outlets given the discount retailer format of Lidl, which will not appeal to every customer.”

It also notes that the out-of-town Tesco is “overtrading” and this indicates there is a “clear need for another food store in Newcastle”.

And it adds: “The RIA has identified an acceptable level of impact on existing retail providers in the catchment, therefore, it is not considered the proposal will have a significant or unacceptable retail impact on Newcastle town centre.”

Planners say they have “no reason to disagree” with these findings.

A transport assessment has been carried out and a new pedestrian crossing has been proposed at Bryansford Road/Shimna Road.

It adds: “Public transport was shown to be good and there were considered to be no environmental or safety problems associated with the development.”

There will be a total of 147 car parking spaces – eight of which are earmarked for the new Mourne Mountain Rescue Centre.

A range of objections have been made during the course of the public consultation process.

These include that it was “not in keeping with the residential nature of the area”, that the closure of the existing Lidl would have a “detrimental impact” on the town centre and surrounding convenience retailers, increased traffic, increased flooding and the presence of Japanese Knotweed in the area.

Concerns were also raised “regarding the impact of the sale of alcohol particularly to young people”, and claims the application is “contrary” to planning policy, being located outside the primary retail core.

Planners found, however, that there is “no diminution in residential character” as there are other non-residential uses in the area including public houses and restaurant, Donard Park playing fields and changing facilities and an Orange Hall.

In relation to the claims of the sale of alcohol, planners say this would be a matter for the operator of the food store to “ensure it is complying with its legal requirements”. And a “detailed management plan to eradicate Japanese Knotweed from the site” has been developed, agreed and is currently being implemented.

Planners say they have assessed the application and taken into account the input of consultees – including an addendum report on noise pollution which had led to it previously having been removed from the agenda.

With all said and considered, they assert they have found it to be “acceptable in planning terms” and therefore have recommended approval, subject to a list of 18 conditions being met.

That will be the opinion going to Wednesday’s planning meeting when councillors will have the chance to consider and discuss the proposals further before making their own minds up.