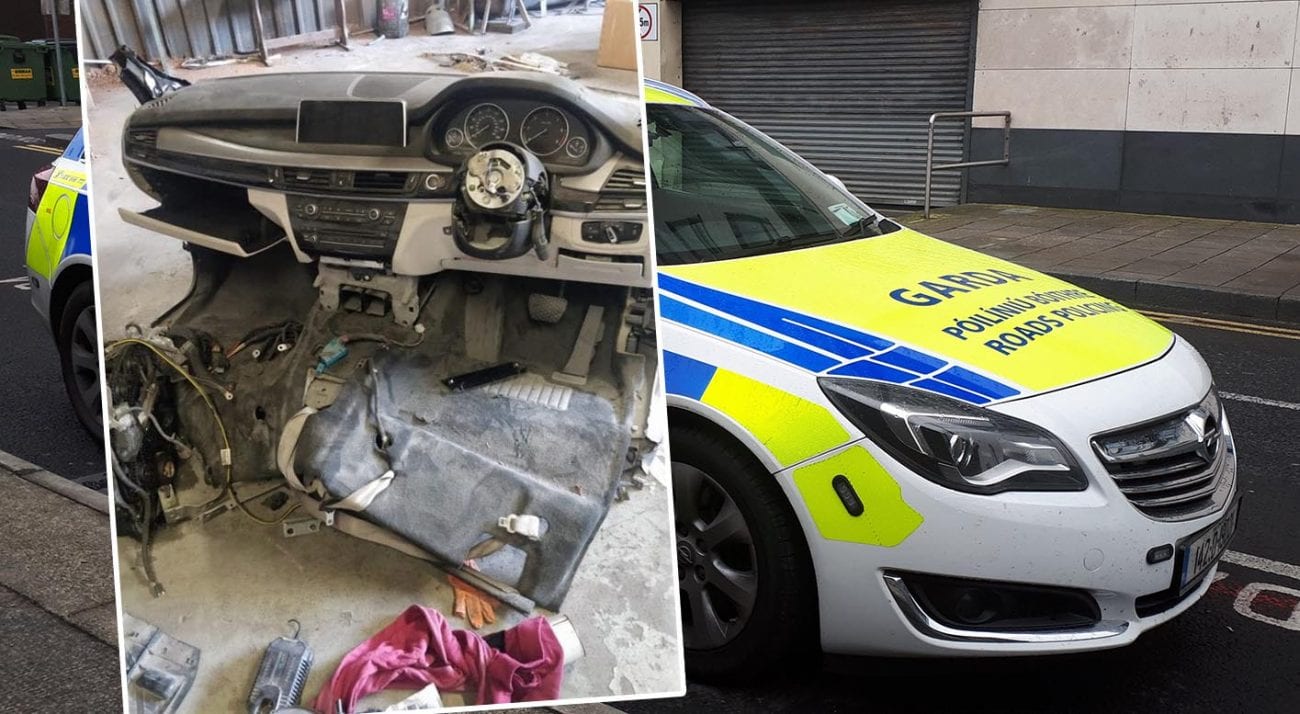 Gardaí investigating organised crime links to the theft of a BMW X5 jeep from Newry, have seized stolen vehicles worth €108,000.

A man has also been charged following a search of a motor yard in Dublin on Friday.

Gardaí were investigating organised crime links to the theft in Newry which happened in August 2019, and carried out their search in Lusk.

The BMW X5 was discovered dismantled at the yard for the purposes of its individual parts being sold on.

A man, aged in his early 40s, was arrested at the scene and taken to Balbriggan Garda Station. He has since been charged.