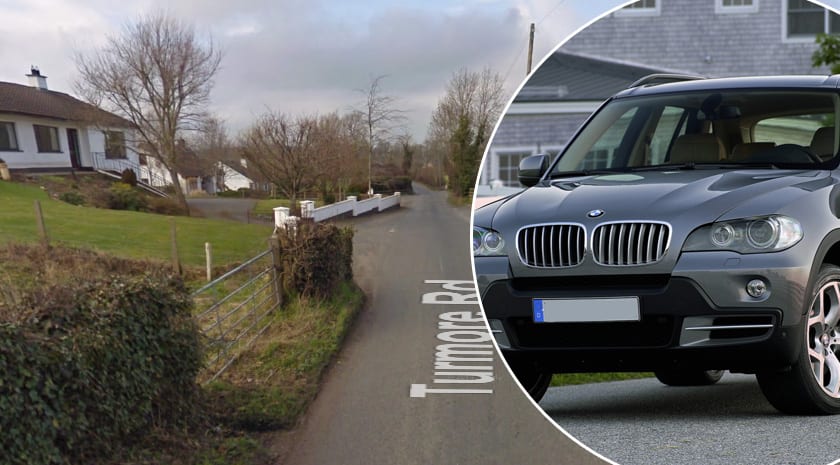 A BMW X5 was stolen from a house as the occupants lay in bed.

Police in Newry are appealing for information following the creeper burglary just outside the city.

Around 2.50am on Saturday, October 17, the alarm in a house at Turmore Road was set off and the occupants became aware that their vehicle, a grey BMW X5, had been stolen.

The vehicle was taken after entry was forced to the house and car keys stolen.

Constable Stephen Cunningham said: “We believe there may have been a vehicle driving up and down the road prior to the burglary and we are appealing to anyone who noticed any suspicious vehicles or other activity to contact us in Newry on 101, quoting ref: 152 171015.” Man arrested and questioned over incidents linked to terrorism