Blockage at Buttercrane Quay was caused by REVOLTING fatberg!

This is not for the squeamish! 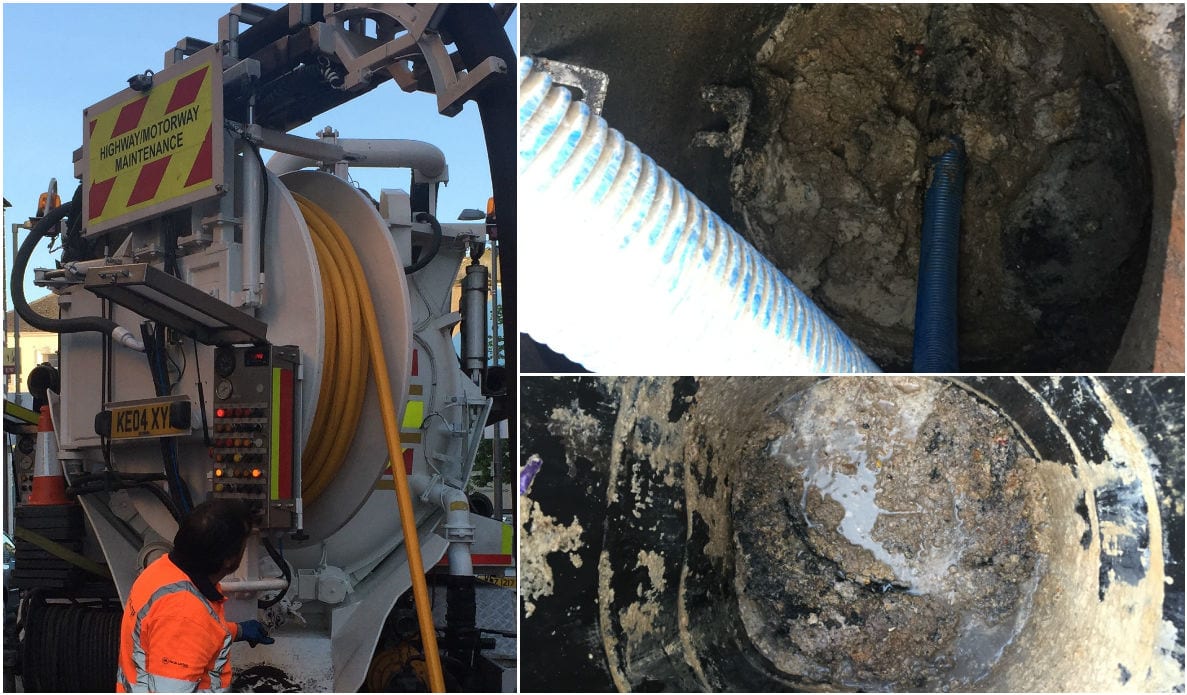 A recent blockage at Buttercrane Quay in Newry was caused by a huge and rather vile looking fatberg!

When NI Water opened the manhole workers couldn’t believe their eyes when they were greeted with a massive fatberg, taking five hours to clear!

Fat, Oil and Grease (FOG) when poured down the drain, solidify and can cause serious blockages.

Mix that with the usual rubbish we find down there such as baby wipes and sanitary items and you have a recipe for disaster.

Blockages such as these often result in out of sewer flooding.

Jim McElrath, Wastewater Area Manager for the area explains: “FOG in its liquid form may not look harmful, but it becomes a major problem once in our drains. Even when hot water or soap is poured down the sink – the fat, oil and grease will still harden. Detergents and bleach may also appear to work, but this is only temporary.

“We would appeal to all our customers, especially food outlets, to dispose of their FOG appropriately. For householders, let it cool and then scrap it into the bin. Alternatively, pour it into a disposable container and take it to your local oil bank.

“Businesses also risk blocking their own drainage systems, which results in extra costs being incurred in clean-up efforts. These fat blockages can not only result in out of sewer flooding, but odour problems and the risk of rat infestations both near and beyond your premises. Ways to dispose of FOG include fitting a grease trap, using an enzyme dosing system or recycling it.

“Recent research carried out showed that 96% of people were surprised by how much impact they could have on blockages. With a further 49% thinking it was mainly NI Water’s responsibility to reduce blockages.

“We are doing our part by investing in the network, however, we will never win this battle alone; upgrading sewers will not stop blockages if the public are going to continue flushing inappropriate items such as wipes and disposing of FOG down the drain. We need the support of the public and businesses to dispose of these items properly.”

In the last two years NI Water has spent over £5 million clearing blockages from the sewer system for which 70-80% are caused by FOG and inappropriate items.

You can view first-hand the damage inappropriate items can do to a sewer by visiting http://www.youtube.com/user/northernirelandwater.

A leaflet detailing everything which should be binned and not flushed, can be found at www.niwater.com.