Application submitted for final piece of Newry to Carlingford Greenway 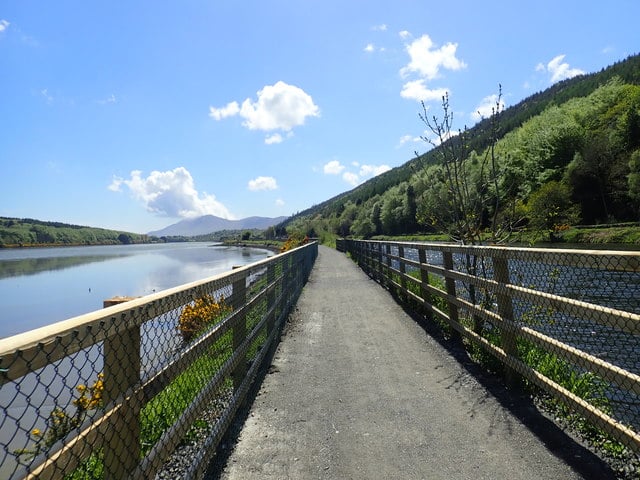 The final piece of the jigsaw, which will link the centre of Carlingford with the Albert Basin Newry – a 19km stretch – could soon become a reality.

A planning application, on behalf of Newry, Mourne and Down District Council, has been submitted for a two kilometre “shared walking and cycling greenway” between the border and extending up to the Victoria Lock amenity site.

The new stretch will build on the recently completed and already popular Carlingford Marina to Omeath Greenway.

As it stands, the greenway runs from the Albert Basin and stops at Victoria Lock, which was officially opened in July 2018.

The Council’s application incorporates a five metre-wide greenway corridor to include a shared pedestrian and cyclist path.

Speaking on the application recently, Newry and Armagh Alliance representative, Jackie Coade, said: “I very much welcome this amazing initiative to link Carlingford to Newry via a greenway which is linked to the coast and promotes walking and cycling.

“Recently I called for more ‘green’ initiatives in Newry and Armagh and this greenway has massive potential for the area.

“Green initiatives have the potential of unlocking tourism within Newry and Armagh and promoting health and wellbeing amongst the public.

“I will continue to advocate locally for more green initiatives within Newry and Armagh.”

Work could begin as early as the beginning of next year, with the stretch to be opened later in 2021.