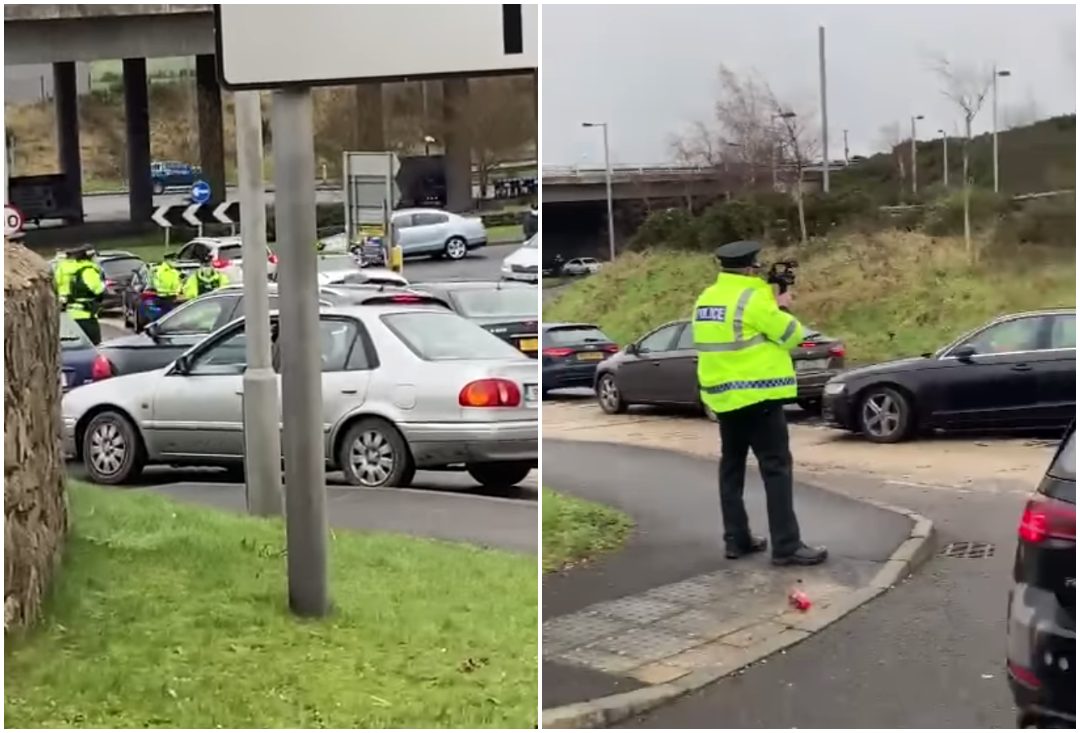 A convoy of cars, which had travelled from the Republic of Ireland and into Newry to take part in an anti-lockdown protest, was sent packing by police on Sunday.

Police said around 20 cars with multiple occupants descended on the park and ride facility at Cloughoge, but “after some consideration, those present elected to return towards Dublin”.

A PSNI spokesperson said: “At around 12.30pm on Sunday, approximately 20 vehicles in convoy, most with multiple occupants, were stopped by police between the border and Newry,”

“Those present were advised that their actions were likely in breach of both the Public Processions (NI) Act and the current Health Protection Regulations and accordingly, that they risked prosecution.

“After some consideration, those present elected to return towards Dublin.

“Where people do not follow the Health Protection Regulations, our approach will remain the same – we will engage with people first explaining the guidance and the law and encourage people to do the right thing.

“However, where we are left with no choice but to enforce, we will take this measure in order to protect the most vulnerable members of our communities.”