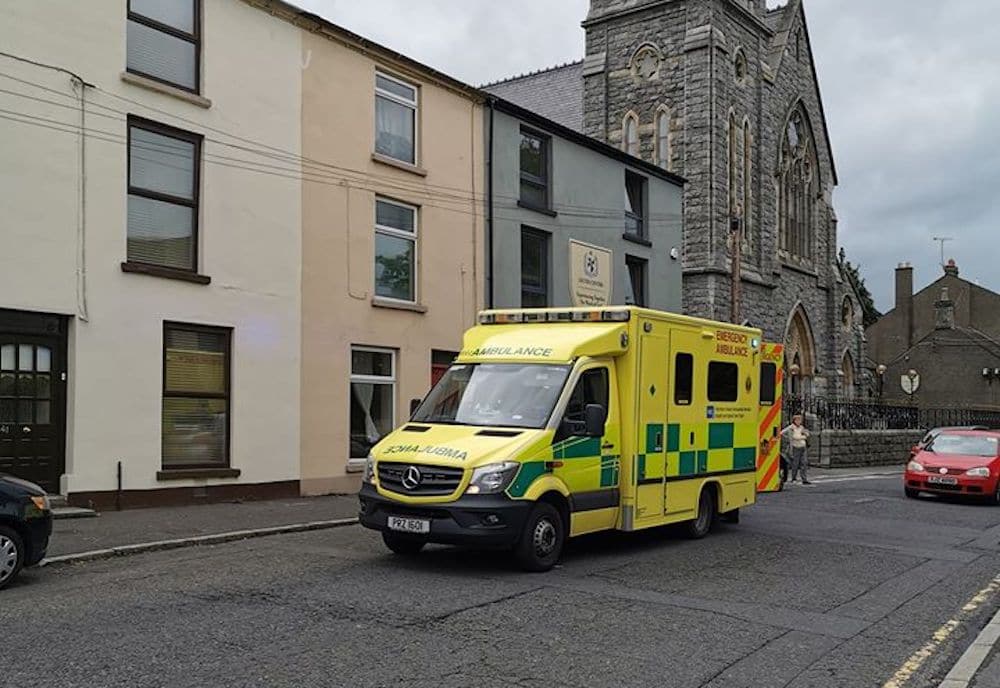 The NI Ambulance Service (NIAS) has refuted claims it took them almost one hour to respond to a report of a teenage boy lying unconscious on a Newry Street over the weekend.

The NIAS received a 999 call shortly after 5.15pm on Saturday following reports of an incident in Dominic Street.

The nature of the incident indicated that a young teenage male was unresponsive. While his levels of consciousness were reduced, he was able to respond to stimulus.

“When emergency services were rang the nearest ambulance was in Gilford. Only for members of the public, God knows what would have happened.”

He added: “When I spoke to ambulance crew at the scene they confirmed this is where they were dispatched from.”

When contacted by Armagh I, a spokesperson for NIAS, stated the wait had been in fact less than half an hour and the numbers of crews available from Newry had been one more than normal for a Saturday.

“The normal level of cover in Newry station for Saturday dayshifts is two crews,” said the spokesperson.

“However, on this occasion, NIAS had arranged an additional crew and the planned cover was enhanced by 50%, with three crews on duty.

“At the time of this call all three crews were engaged on other emergency calls and the nearest available Emergency Ambulance crew was despatched to the call, arriving at 17:45.

“NIAS would like to apologise for the delay in responding to this call but would also point out that the response time was recorded as 28 minutes, not ‘nearly one hour’.”

The spokesperson confirmed the ambulance crew which arrived on the scene assessed and treated the patient, during which time a family member arrived and voiced no concern about the NIAS response or treatment of the patient.

“The crew report that the patient had no other significant clinical concerns, including his levels of consciousness,” the spokesperson added.

“NIAS seeks to provide agreed levels of cover necessary to deliver the quickest response to those who are most seriously ill or injured.

“However, for a number of years the increased demand on our service has not been met with a commensurate increase in staffing levels, as highlighted in an independent demand/capacity review.

“NIAS is currently finalising a business case to secure additional funding required to increase staffing to meet demand and achieve the response time standards set out in our new Clinical Response Model and support the wider transformation of Health and Social Care services.

“NIAS staff have undertaken additional hours of overtime to assist in the effort to provide cover in all areas.

“More recently, as a result of more than 10% of our staff being unavailable for work as a result of following public health advice in relation to Covid-19, the reliance on staff working overtime has increased over the past three months. This level of overtime is not sustainable and it means on occasions we are unable to provide the planned level of cover in some areas.

“Our staff are highly committed healthcare professionals who always give of their best. It is demoralising for them to see inaccurate reports relating to response times and misleading inferences about patient conditions on social media.

“We would respectfully ask that anyone, but particularly, public representatives contact NIAS in the first instance to ascertain the accuracy of response times etc. While being mindful of maintaining patient confidentiality, we will be happy to engage in a manner which benefits patients and improves our service to local communities.

“NIAS is very grateful to those staff, on the frontline and in ambulance control, who continue to work tirelessly to ensure that an ambulance response is provided to those who have an immediate and life-threatening need.”