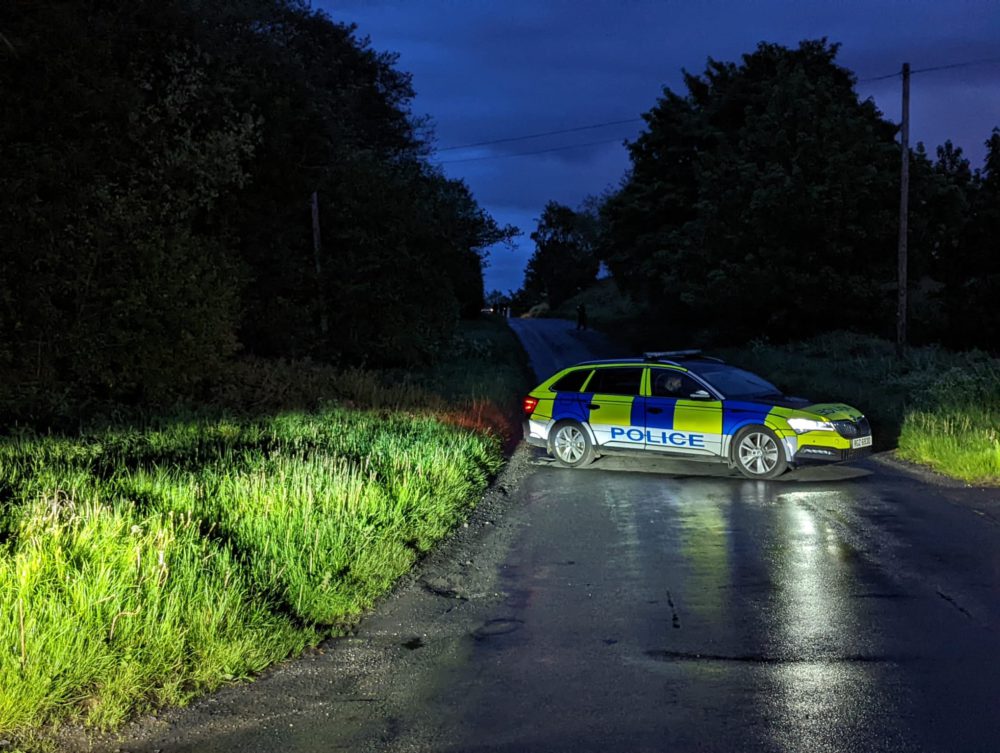 An alleged drug dealer was driving “naked from the waist down” when he rammed a police vehicle with his van, a court heard today (Wednesday).

Newry Magistrates’ Court also heard that when eventually stopped and searched, cops uncovered a kilo of suspected cocaine estimated to be worth around £100,000 in the white Opel van.

Wearing a police issue grey tracksuit 31-year-old Sean Garland, from Forest Park in Killeavy, confirmed that he understood the nine charges against him including attempting to cause GBH with intent, possessing cocaine and having the class A drug with intent to supply, possessing and concealing criminal property in addition two four driving offences of driving while unfit, dangerous driving, no insurance and failing to stop.

Having connected Garland to the offences, a Detective Constable from organised crime branch said police were objecting to bail due to fears he could commit further offences or flee to avoid the charges.

She told the court police believe the drugs and cash seized as “connected to a large organised crime gang” and outlined how initially, police suspicions were raised because Garland was driving at 20mph in a 60 zone.

The mobile patrol tried to stop him using blue lights and sirens but the van sped off along the Keadymore Road in Armagh “intimidating other road users” and performing dangerous manoeuvres.

Officers followed at a distance but the van ended up turning into a dead end, Garland doing a u-turn before ramming the police vehicle trying to get away, “causing substantial damage to both” in the collision.

“Naked from the waist down,” Garland was arrested at the scene and a search of the van revealed two packages of suspected cocaine, one weighing around a kilo as well as a smaller package.

Meanwhile, a follow up search at Garland’s home revealed a safe hidden in the eves of the house where police found a total of £28,000, two mobile phones and banking documents indicating that £16,000 had been lodged into Garland’s account.

During police interviews Garland claimed he was an “habitual” cocaine user, taking up to seven grams a day and although he accepted he was driving under the influence of drugs, he denied the cash at his home was criminal property.

Defence counsel Kevin O’Hare revealed the cash was the reminder of a £250,000 compensation claim ten years ago and submitted that any risk of flight was “complete conjecture” on the part of the police.

When the court heard that Garland is a married father-of-three whose youngest child is celebrating their birthday today (Wednesday), the 31-year-old appeared emotional and tearful and Mr O’Hare submitted that conditions could be put in place to address police concerns.

District Judge Eamon King said given the seizures “the inference being is that this defendant is involved in transactions of cocaine, obtaining and selling it for commercial gain,” adding that Garland was stopped after a “hot pursuit” with the police.

While Mr O’Hare highlighted that police had suggested to Garland he was a courier and the smaller bag of cocaine was his payment, the judge said the court was left “with the impression of someone involved in drug dealing.”

Refusing bail due to the risk of further offences, Garland was remanded into custody and his case adjourned to November 23.