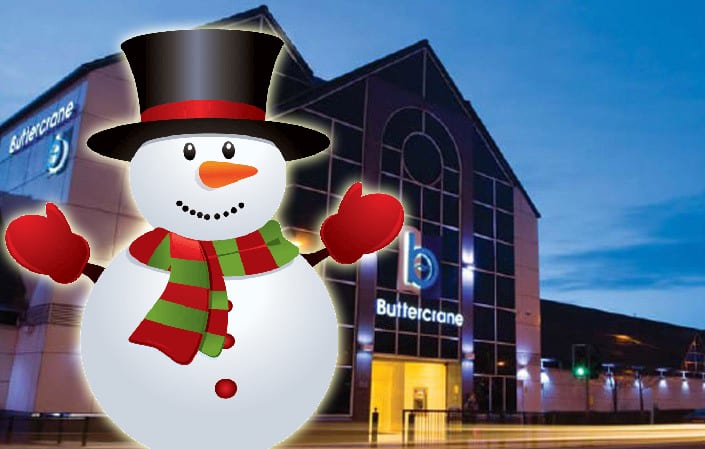 The Buttercrane Shopping Centre is celebrating tonight after smashing a rather chilly record.

The Newry venue welcomed the arrival of Santa this evening.

And to coincide with the countdown to Christmas, the call had gone out for members of the public to express their interest in creating a little bit of history.

That was for the Largest Gathering of Snowmen (and Women) assembled in the one place.

The centre had provided the costumes and it had been hoped that 400 people would sign up.

But it fell tonight when the official count took place.

A fantastic response saw 398 people tallied – of all ages – to secure the endeavour made its way into the World Record Books.

What a Christmas cracker – well done to all involved!