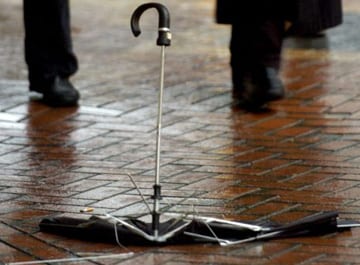 With weather warnings in place for most of the UK, strong winds – reaching gale force in some parts – are expected across the Province tonight (Thursday).

And it really should come as no surprise, as it’s a case of history repeating itself – the vast majority of New Year’s Day weather recordings have shown similar conditions.

In fact, 100 years ago this very day, the data listed conditions across Armagh as “stormy and showery”.

It’s time to batten down the hatches overnight as it’s set to get pretty rough out there, although temperatures are expected to remain fairly decent for the time of year, dipping to three degrees Celsius.

A brighter – but colder – day is in store for tomorrow and a mixed bag will follow – nothing to write home about during the first week of 2015.

There is the potential for some wintry showers over higher grounds.

Saturday and Sunday could see temperatures dropping and it is expected to remain overcast before more unsettled weather and showers arrive for the start of the first working week of the New Year.