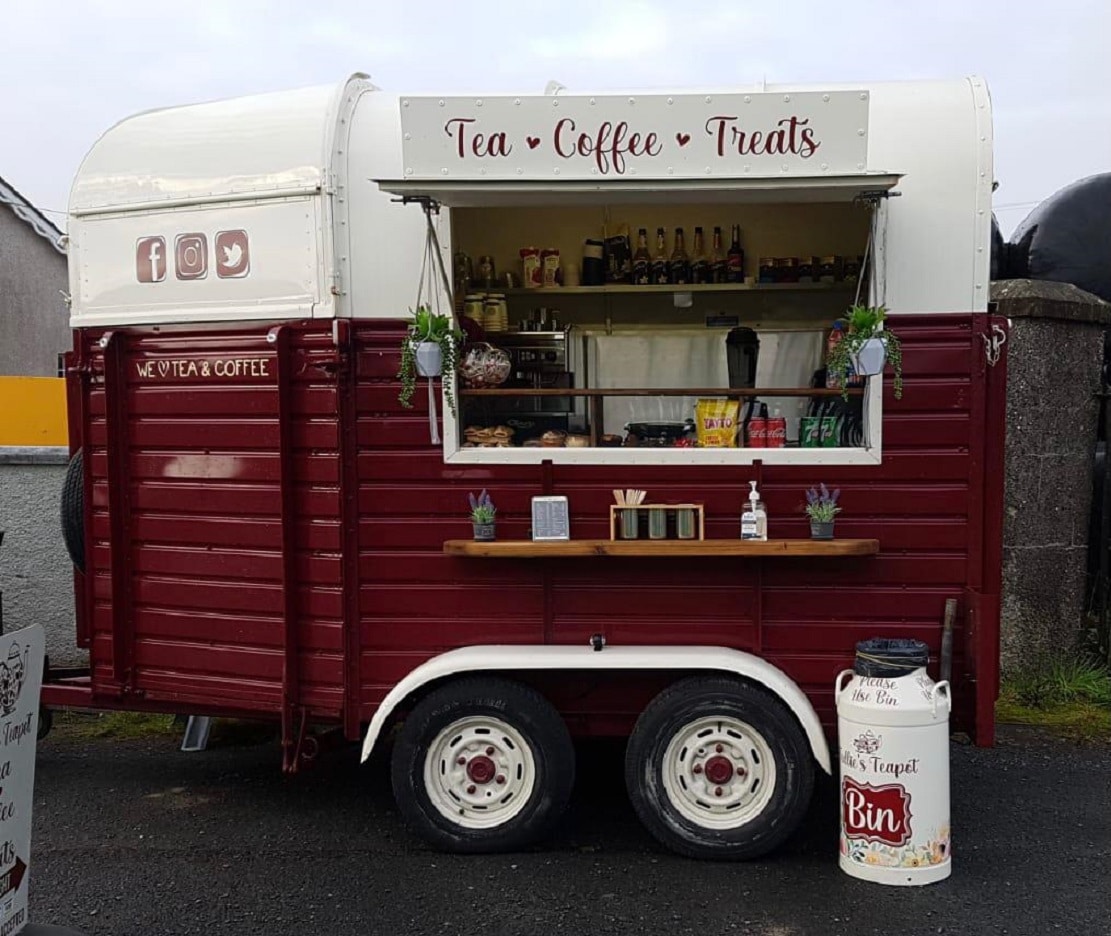 A Co. Armagh tea van owner claims her business could have to shut down due to students being prohibited by staff at a nearby school from purchasing goods from her mobile unit.

Tullie’s Teapot, owned by Tracy Hughes, began trading out of Keady’s Madden Row back on September 6, but due to the intervention of some teachers, at St Patrick’s High School, she fears the writing may be on the wall for her burgeoning business.

Speaking to Armagh I this week, Tracy stressed that she had on two occasions reached out the the school but felt she now had “nothing to lose” by going public on the issue.

“We had been looking for a spot for it for sometime, but with council and road planning restrictions this was not that easy, which I understand as you cannot just park up anywhere,” explained Tracy.

“I then spoke to a friend who runs quite a successful coffee cart, which has been going for almost two years, and they are located near a school and kid’s play park.”

With this, Tracy spotted an opportunity on Madden Row, close to the school’s football pitches, and after seeking permissions from a local landowner, found what she thought was a suitable site.

With that, on September 6, Tullie’s Teapot began trading from the site on Madden Row.

That same day, Tracy claimed that a teacher from the school attended the tea van outlining that students would not be calling again and that the school’s rear gates, which lead on to Madden Row, would be locked going forward.

This was the beginning of what Tracy described as a “vendetta” against her business.

She claimed that along with a padlock being placed on the school gate, there was a further lock placed on a second access point at the school sports field.

Tracy also noted that on more that one occasion teachers began patrolling the school grounds and telling students to bin products from the tea van prior to entering the premises.

“Clearly, the tea van had caused some upset to the school which I hadn’t foreseen; I was serving hot food and drinks, I had not thought that parents or teachers would have an issue with it.”

In an effort to make amends, Tracy delivered a number of treats and coffees to the school, along with a card which expressed sadness at the issues, and outlined her vision of providing an alternative to fast food for students.

“It was really meant to be for post-16 students who I thought were allowed out of school for break and lunch, as well as coffee for staff.”

However, Tracy received no acknowledgement following the proverbial hand of friendship gesture.

“We were informed that although the landowner had viewed the site we were on as his land, council saw it as a ‘soft border’. We were advised to close, which we did, until we got a permit, or a new site.

“I spoke with the landowner and he then gave us permission to trade from his paved yard, situated at the other side of the wall we were originally in front of.”

Since then, Tracy claims that students have been continually ushered away from the tea van by senior teachers at the school.

A further letter sent to the school principal was returned with a simple acknowledgement, and that it would be responded to “in due course”.

Tracy says she is still waiting for something further.

“This was a big investment for me,” she said. “It is very sad that it has got to this point, but we really have nothing to lose now, we had four customers from the school one morning this week and we will have to shut down if it continues.”

A school spokesperson told Armagh I: “We are aware of this issue and are currently following the necessary internal school procedures to address the matter.”