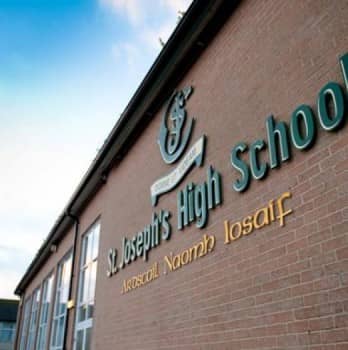 It is one of 15 schools from across Northern Ireland that will be built as part of an investment in the order of £170 million, he told the Assembly.

John O’Dowd provided an update on his capital programme and named the schools which are to benefit.

The Minister said: “All across the north there are a range of schools which are in dire need of investment. Unfortunately that need far exceeds the funding available. Therefore the schools benefiting today represent the highest priority projects which have successfully come through a rigorous selection process.

“My Department’s strategy for capital investment into the foreseeable future will remain focussed on supporting the development and delivery of a network of viable and sustainable schools, set firmly in the context of ‘Schools for the Future: A Policy for Sustainable Schools’ and shaped by the outworking of the area planning process.

The list of projects which are to proceed is as follows:

·  Methodist College, Belfast: This project is not a rebuild of the entire school but will cover the     refurbishment of ‘A’ Block and the School House.

The Minister also provided an update on the 40 other major capital projects which are underway across the schools’ estate.

He said: “While some of these are at an early stage of development, one of these projects is complete, seven are currently on site and eight are expected to move on site before the end of the financial year. I also continue to invest across the estate through the 51 schools’ enhancement projects currently in design and through the minor capital works programme which addresses a range of infrastructure issues including health and safety, fire safety and other statutory obligations.

“Today represents good news for schools and for their communities. It is also good news for the economy. With £170m of capital investment this will be a welcome boost for the construction industry over the coming years.”

Newry and Armagh Assembly Member Megan Fearon said the announcement of a new build for St Joseph’s in Crossmaglen is “fantastic news for the area and a demonstration of Sinn Féin’s commitment to education”.

“Sinn Féin has consistently supported St Joseph’s Crossmaglen in their bid for a new school,” she said. “Both Conor Murphy and Councillor Terry Hearty have lobbied for years for this and it has been a priority of mine since I entered the Assembly in 2012.

“We have all visited the school on numerous occasions to discuss progress on the issue. I am delighted that the long awaited new build for the school has now been confirmed and I have spoken with Principal John Jones in relation to this wonderful news.

“No doubt there will now be a huge effort required to make the new school a reality as quickly as possible and I would like to offer any assistance I can to the school. It is fantastic to think that the pupils of St Joseph’s will soon have state of the art facilities and equipment and I know that this will further enhance the educational experience of those attending this exemplary school.”

The SDLP have also welcomed the news and praised the school’s pupils and management for ensuring the project has finally got the g0 ahead.

Newry and Armagh Assembly Member Dominic Bradley MLA said: “This is great news for St Joseph’s High School and indeed for Crossmaglen.  I have raised the issue a number of times in the Assembly chamber and invited Minister O’Dowd to visit the school for himself; I now very much welcome the Minister’s change of heart given it was only in March of this year in the Assembly that he was linking any prospect of a new build in Crossmaglen to the area planning process in Newry when replying to a question I asked.

“The Minister was wrong and I am delighted he has recognised it.  I am in no doubt that this decision is due to the very positive and public campaign by the school’s pupils, the principal, staff and board of governors.

“I have had the pleasure of visiting the school over many years and have been impressed by the work of the staff and pupils in conditions which are far from ideal.  The standard of education is outstanding, the teaching staff are extremely committed and the young people themselves are bursting with enthusiasm.

“On a recent visit to the school with Alex Attwood MLA and Councillor Geraldine Donnelly we were left in no doubt about the frustration of the pupils and staff alike about the school accommodation. The young people themselves just couldn’t understand why they were still waiting on a new build and yet other schools, which were in much better conditions, were constantly getting invested in.

Local SDLP Councillor Geraldine Donnelly, who is also a member of the school’s board of governors, added: ‘This is a fantastic day for Crossmaglen and South Armagh. Mr Jones and the staff at the school have been working in less than adequate conditions for far too long and this news will be very much welcomed in the area today.

“We now need to see the process move very swiftly, we cannot see any further delay in this project for the people of this area have waited too long to have a quality building to match the quality of education in the school.

“Over recent years successive Education Ministers have announced a raft of new school build schools but to date many have yet to be completed and I sincerely hope this is not the case for Crossmaglen, for with good will all around I see no reason why this project should be delayed any more.”