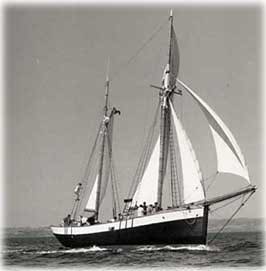 A 130-year-old boat has been substantially damaged by vandals when moored on Newry Canal.

The Silvery Light is a Cornish herring drifter which was built at St Ives.

Given the age of the vessel, it had previously been rerigged and undergone restoration works.

And it was due to undergo further professional restoration in Newry, something which, police in Newry say, would have provided apprenticeship jobs and a real community resource.

But it was targeted during the course of a five-day period when located on Newry Canal awaiting work to start.

Sometime between 6pm on Saturday, June 6, and the morning of Thursday, June 11, entry was  forced to the Silvery Light and another boat moored nearby.

Substantial damage was caused to both.

The Silvery Light has a proud history. According to the National Historic Ships, a former owner, an educational psychologist, used the boat to help treat his patients.

The boat also spent six years chartering in the Azores, and had also been hired for whale watching and research.

The Silvery Light  has a beautiful hull with oak frames and oak planking, which is fastened with iron nails and treenails. National Historic Ships says the vessel has one deck and two timber masts and is rigged as a gaff ketch.

It had been in County Down, under new ownership, since October last year and had been awaiting restoration when it was vandalised.

Police in Newry are appealing to anyone with information to get in touch on the non-emergency number 101 or call the Crimestoppers number anonymously on 0800 555 111.