Narrow Water Bridge and A5 on agenda for Dublin meeting 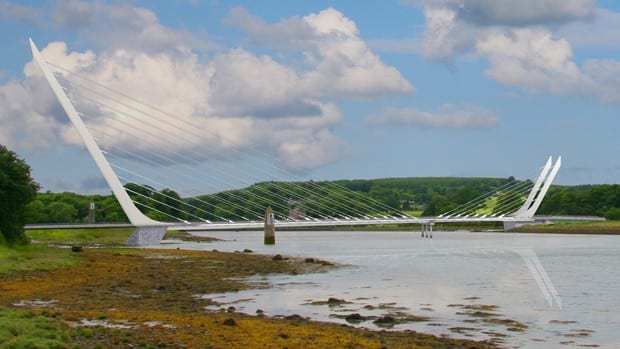 A trio of local MPs will travel to Dublin today (Thursday) to press for progress on two major and long-planned additions to the transport network here.

The Narrow Water Bridge project will connect and the A5 road – which would run from the City of Derry through to Aughnacloy – will both be on the agenda during a meeting of the Oireachtas Good Friday Agreement Committee at Leinster House.

Newry and Armagh Sinn Féin MP Conor Murphy will be joined by his Parliamentary colleagues Pat Doherty and Michelle Gildernew and will be pushing for action on both schemes.

Speaking before travelling to Dublin, Mr Murphy said: “I welcome the fact that these two significant projects are on the agenda of the Oireachtas Committee.

“It will afford us the opportunity to press the Minister on assurances given by the Irish government at the recent Stormont House negotiations.

“The Narrow Water Bridge and A5 are hugely important infrastructure projects that will provide much needed jobs for regions of the country starved of economic investment for generations.

“Their construction will give a significant boost to the local economy and open up the Newry, Mourne and Louth district and the region from Monaghan to Derry/Donegal to both commercial investment and tourism potential.

“Every effort must be made to ensure that both these projects are progressed with the utmost urgency.”

The Narrow Water Bridge would connect Counties Down and Louth across Carlingford Lough, and also the Newry to Warrenpoint Road with the Omeath to Newry Road.