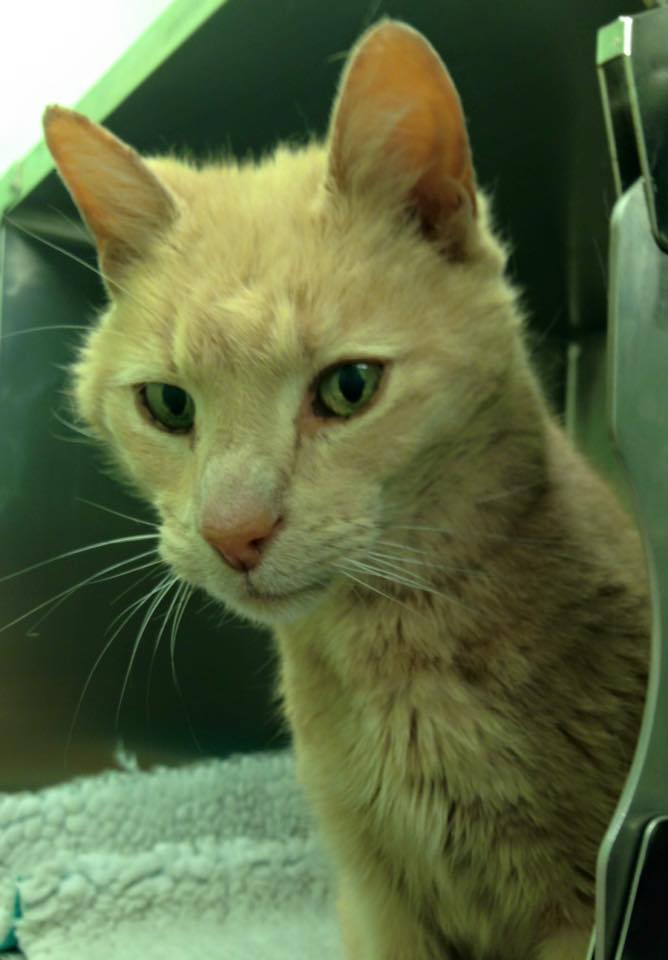 This is one mysterious moggie!

And Armagh Branch of the Cats Protection charity are hoping to find his owners.

That’s not going to be an easy task – considering that he has somehow made his way to County Armagh from 12,000 miles away in Australia!

Gillian McMullen, from Cats Protection, wishes that he could talk and solve the mystery which surrounds him.

The cat – who has now been named ‘Ozzie’ – had been seen hanging around in the Laurelvale area.

A member of the public contacted Cats Protection last Monday and they went to investigate.

Gillian told the Belfast Telegraph: “The poor cat was starving but obviously had been cared for in the past because it was wearing a collar.”

Ozzie was taken to a vet in Portadown and it was discovered that he was microchipped in Australia.

That’s where the trail goes cold. Cats Protection had no idea how he got from Australia to London, or indeed, how he later ended up in Laurelvale in County Armagh.

The charity has been in contact with the Australian Animals Register and they are hoping that someone can come forward and help solve this feline enigma.

In the meantime, Ozzie will be staying at a foster home in Portadown as the search goes on for his owners.