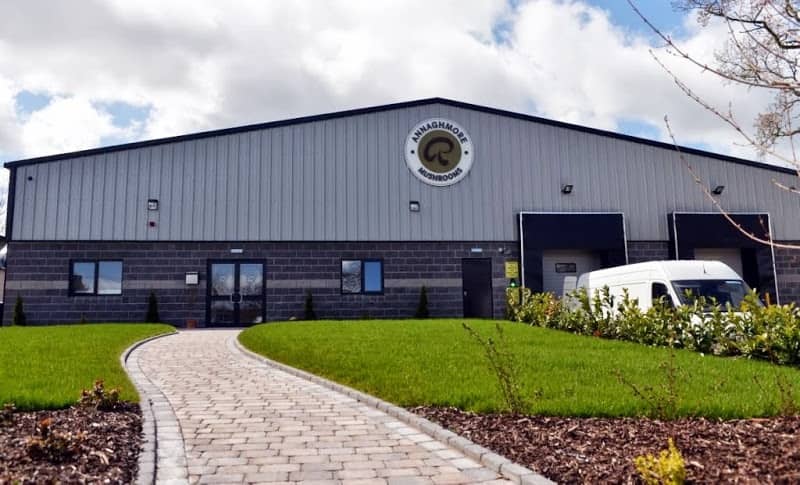 A mushroom company in Co Armagh has unveiled its new premises following a £1m investment.

Annaghmore Mushrooms in Lurgan said it had also increased its workforce from six to 16 – and also planned to take on another 10 staff.

The firm markets and distributes mushrooms through the UK and Ireland, grown by specialised growers Northway Mushrooms.

Its expansion involved spending over £0.7m on technology to improve its cold chain supply, including a hi-tech pack-house.

The investment was supported by grants of £286,000 from the Department of Agriculture and Rural Development, and other support from Invest NI.

Eamon Murray, who founded the business in 2006, said: “This investment is crucial in maintaining the quality and freshness of the product for longer, resulting in an extended shelf life.

“”We are constantly investing in modern, efficient equipment and packaging and are committed to ongoing improvement as we grow our business in response to the growing demand for our mushrooms,” he said.

Around 95% of its produce –varieties from button to Portobello – is distributed in Britain and Northern Ireland, and the remainder to the Republic.

The home market is strongest for Annaghmore with 95% of its products being distributed in Britain and Northern Ireland with 5% supplying retail outlets in the Republic of Ireland.

The new premises were officially opened by David Small, deputy secretary of DARD. He said: “It is tremendous to see a local company going from strength to strength and supplying not only to the local market but also across the UK.”