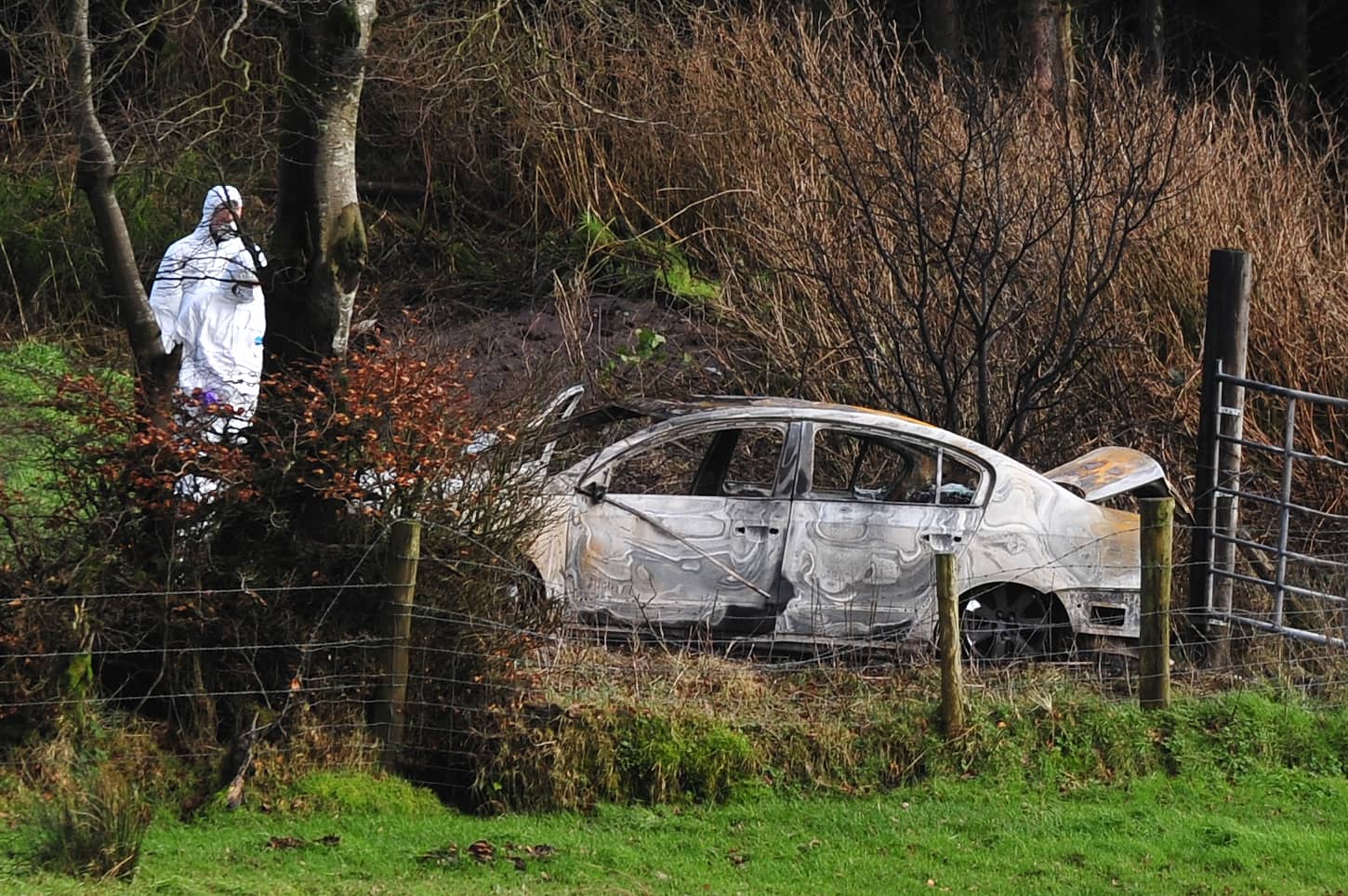 POLICE have issued a specific appeal in relation to the movements of a car found burned out at Fews Forest following the murder during an armed robbery of  41-year-old Garda Detective Adrian Donohoe.

The father-of-two was shot dead while he was escorting a cash delivery van to a credit union in the rural village of Lordship, near Dundalk, at around 9.30pm on Friday, January 25.

Two days after the shooting, a Volkswagen Passat was found some 25 miles away, in Fews Forest, between Keady and Newtownhamilton.

Last night (Friday), checkpoints were mounted by the PSNI at various locations near Newtownhamilton.

And this afternoon (Saturday), police made a very specific appeal in relation to the vehicle. Police believe the gang involved travelled in the dark coloured Passat from Dundalk across the border to the forest, where it was abandoned and set on fire.

The PSNI has onfirmed that the car is still the subject of “rigorous and extensive forensic examination” in Northern Ireland.