Move it now! Demands for burnt-out car eyesore to be removed from side of cemetery 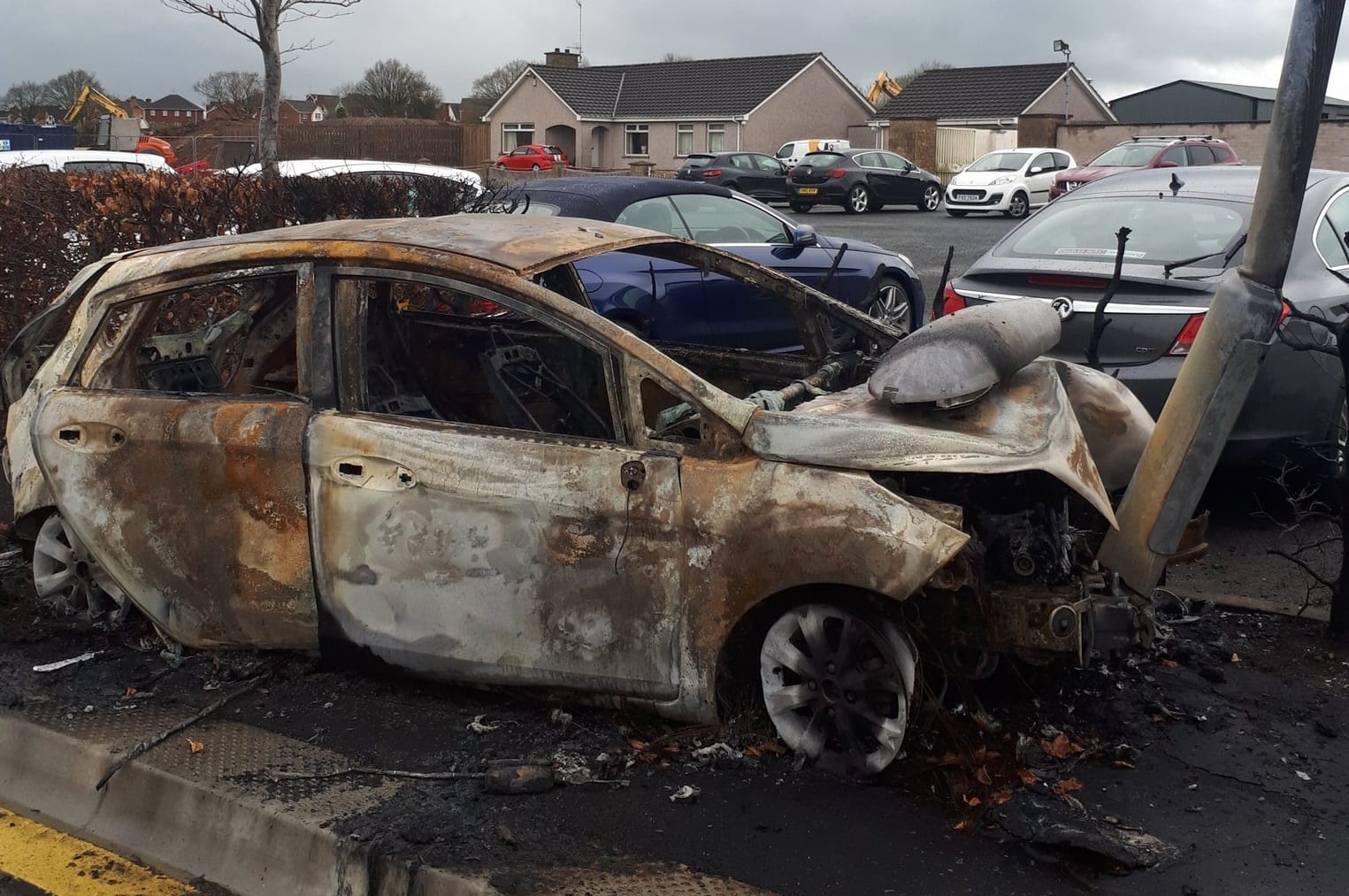 Families visiting loved ones’ graves are having to bypass a car which has been burned out after crashing into a lamp post.

The eyesore is sitting at Kernan Cemetery at Portadown.

And it has been that way since the early hours of Friday morning.

She has described it as a “terrible sight” and asked: “What does it take to get something shifted?”

Councillor Flaherty was told by a resident of the abandoned, burned-out car this afternoon as she made her way down to visit her son Jake’s grave.

She told Armagh I : “It’s not suspicious or linked to anti-social behaviour or a stolen car.

“My frustration is that noone takes responsibility for such things. That happened during the early hours of Friday morning.

“It looks so bad. The hedge, lamppost, pavement, bush and layby have been burnt and damaged.

“I’ve been on with PSNI, Transport NI, environmental health and technical services already and it’s still there.

“Seriously – someone must move it!”

She added: “It’s definitely not a crime scene and no suggestion of it. My annoyance is purely that it’s been left where it is – at the side of the cemetery – with such damage around it. Kids are now playing around it. It needs to be moved and moved now!”