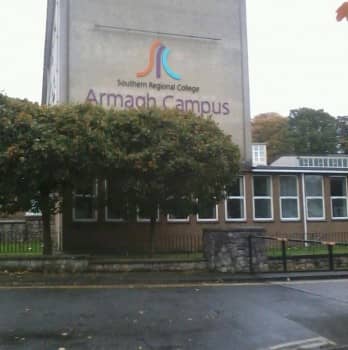 A Priority Question has been tabled at Stormont today to seek assurances that a £30 million Southern Regional College campus WILL go ahead in the city after Armagh I reported budget cuts could place the development in doubt.

He did so after Armagh I reported on Thursday night that the cuts to Dr Farry’s departmental budget, and the money available for capital projects across the Province, would fall far short of providing three new-build campuses in Armagh, Banbridge and Craigavon.

Hundreds of jobs could be lost within the sector and many, many more places unavailable to students at both further education colleges and local universities.

Dr Farry outlined his proposals for saving millions of pounds on Thursday.

And today Mr Bradley said that the proposals could not go through if we were to be serious about attracting inward investment.

Mr Bradley told Armagh I: “The proposed redevelopment of the Southern Regional College’s Armagh Campus has been on the table for a number of years and I have continuously pressed the Minister for progress.

“Last October, during Question Time at the Assembly, I raised the issue of capital investment in the different regional colleges across Northern Ireland, and the Minister acknowledged that there has been an historic lack of investment in Armagh.

“We have seen over £262 million invested in capital projects in Belfast, Derry, Enniskillen, Larne, Newtownabbey and Cookstown over the last 10 years, but very little real investment in the campus in Armagh.

“In recent years the Newry Campus of the Southern Regional College benefitted from a £4 million investment and, if we are serious about building up our economy and attracting inward investment, then we need the skilled workforce to carry out that work.”

The local SDLP representative said he feared budgetary cuts would mean that “capital projects such as Armagh could suffer”.

The intention is for a new-build campus to be constructed at Lonsdale Road and, as Armagh I revealed, a tender has gone out to put in place a team to oversee all the elements of the development.

The campus, over a huge 16,250, was to replace all the existing SRC facilities which are spread out across the city, bringing them under one roof.

Mr Bradley went on: “In addition to the very obvious educational need for the new build, there is also the very positive impact on our construction sector any new build or investment in capital infrastructure could bring.

“Today I have tabled an urgent Priority Question of the Minister in relation to the proposed new-build in Armagh and have asked for assurances that the project will not be impacted upon by the current uncertainty over his budgets.

“I hope that clarification can be provided as swiftly as possible.”