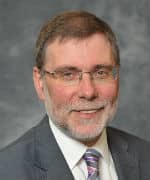 Social Development Minister Nelson McCausland has welcomed the news that work has been completed on two community projects in the Callan Street area, Armagh.

The Callan Street Community House refurbishment and the ‘Lump’ environmental improvements scheme, have been completed at a cost of over £135,000. The projects were funded by the Northern Ireland Executive through the Department for Social Development’s Neighbourhood Renewal Investment Fund.

Minister McCausland said: “The refurbishment of Callan Community House will be a major boost for local residents. The newly refurbished community house will provide a modern facility for community use and will enable the Callan Street Residents’ Association to help enhance the social, educational and economic skills of local residents.”

The ‘Lump’ project, involved the landscaping of an area of waste ground at the top of Callan street, into a garden area comprising a heritage mural and a new Celtic Cross. This contract was managed by Armagh City and District Council who will take responsibility for the future maintenance and upkeep of the area.

Minister McCausland said: “This project replaces a prominent local eyesore with a pleasant community garden which will be enjoyed by local residents. It adds a great visual focus to the area providing a new sculpture that will be a lasting legacy and source of community pride for current and future generations in the area.”

The projects were welcomed by Seanie McGerrigan of the Callan Street Residents’ Association.

He said: “These projects represent the final phase of a programme of work by the community and local agencies, supported by the Department for Social Development, over the last eight years to revitalise the area. Callan Street is an area steeped in history and tourists are starting to walk out to view the new Cross and heritage mural.”