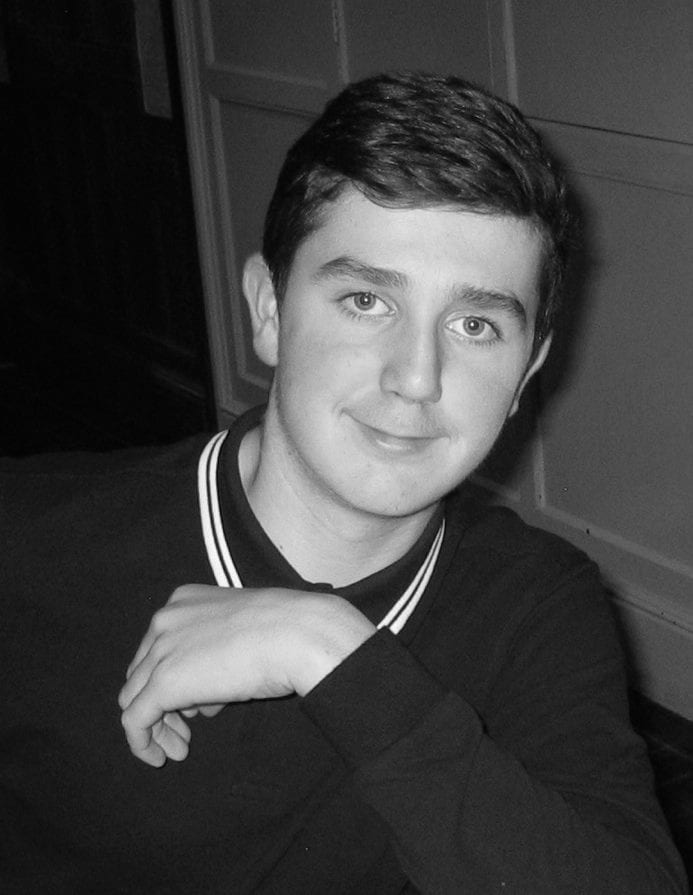 The Armagh family and friends of a teenager from London will welcome an apology from the head of the Metropolitan Police Service after it was wrongfully suggested his death was connected to the use of nitrous oxide.

Eighteen-year-old Alistair Calvert – known to family and friends as Ally – died of natural causes, a post mortem has concluded.

And his family have set up a memorial and his friends raising money for the charity CRY – Cardiac Risk in the Young.

Alastair is the son of David Calvert and Linda Harrison and has a large family circle in Armagh City.

The Metropolitan Police Service today (Wednesday) apologised to the family after a press release was issued to the media suggested nitrous oxide had contributed to the popular young man’s death.

Alistair tragically died in July and the MPS initially inferred his death was believed to have been connected to the use of nitrous oxide and alcohol.

During a radio interview, the Commissioner was discussing the use of nitrous oxide and whether it should be outlawed – he referred to Alistair’s death as a “terrible outcome”.

A post-mortem examination has since concluded Alistair died of natural causes.

Bexley Borough Commander, Chief Superintendent Jeff Boothe said: “Our sympathies go out to the family of 18-year-old Alistair Calvert – previously referred to as ‘Ally’ – from Sidcup, who tragically died of natural causes in hospital on Sunday, 26 July.

“My officers and London Ambulance Service attended Wolvercote Road, SE2 on Saturday, 25 July and found Alistair suffering from a cardiac arrest. Despite the best efforts of my officers and attending paramedics he sadly could not be saved and died in hospital a few hours later.

“Any suggestion that his death was in any way connected with the use of alcohol or nitrous oxide is completely false. Our thoughts and prayers are with Alistair’s family at this difficult time.

“Our initial statement issued to media inferred that this death may have been connected with the ingestion of nitrous oxide and alcohol; this has been proven to be false and I have apologised to the family for the distress this statement has caused.

“All subsequent press statements offered to media regarding this matter, including the detailed statement offered a few hours later, did not include this inference.

“Furthermore, there is no foundation in reports that the party Alistair had attended is in anyway connected to his death.

“In addition, The Commissioner has met with the family to extend his condolences; and in recognition of the distress caused to Alistair’s family.

“No inaccurate coverage should be allowed to tarnish the memory of Alistair. He deserves to be remembered for the fine, upstanding member of the community that he was.”

Head of the MPS – Commissioner Sir Bernard Hogan-Howe – said he had been “incredibly moved” when meeting Alistair’s family last week, during which they told him of their positive involvement with cardiac awareness since Alistair’s death.

He said: “This is a testament to their strength of character at a very difficult time. On behalf of The Met I extended my condolences to the family and apologised for upset caused by the statements we made about Alistair’s death.

“I have apologised personally for the comments I made which inferred Alistair’s tragic death was linked to the use of nitrous oxide and alcohol. By raising awareness of heart screening for young people I am certain Alistair’s legacy will mean that good can come out of tragedy.”

The Calvert family have welcomed the statement and the meeting with The Commissioner.

They said: “Following the recent death of our son, grandson and brother Alistair Calvert, known as Ally to his family and friends, we would like to express our sincere gratitude for the love and support that we have received since his sudden passing.

“As a family, we have always been aware that Alistair did not take nitrous oxide nor excessive alcohol at a party on the night that he died.

“We were also advised, following his post mortem examination, that his death was due to an undiagnosed significantly enlarged heart which caused sudden arrhythmia death syndrome.

“Any reference that Alistair’s death was due to nitrous oxide is completely false.

“Chief Superintendent Boothe, Bexley Borough Commander, has visited our family and discussed the incorrect information released to the press on the night that Alistair died; he has advised that the police made a mistake regarding the false information that was given and he has apologised for this error.

“We have since met with The Commissioner, who expressed his apologies for a comment that inferred Alistair’s tragic death was linked to the use of nitrous oxide and alcohol.

“The subsequent harassment that our family and friends of Alistair were subjected to by the media, has caused significant distress and we hope that once the truth regarding Alistair’s death has been reported then all links connecting him to nitrous oxide will be removed.

“Collectively a memorial set up by the family and the #AllysBigHeart campaign started by Alistair’s friends, have raised almost £8000 for the charity CRY, Cardiac Risk in the Young.

“We will continue to raise awareness for the need for routine heart screening in young people in a bid to help other families not having to face the same tragic circumstances that we have.”