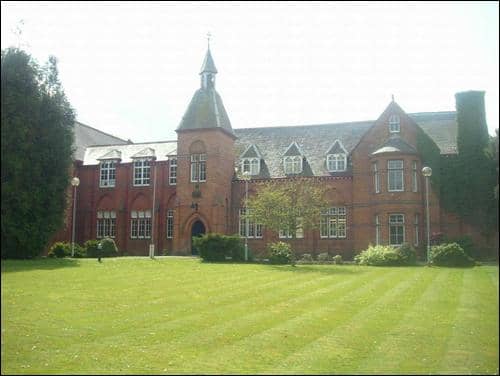 PLANS to merge  three post-primary schools in the controlled sector have been sidelined in favour of a new proposal to create an all abilities school for 14 to 18-year-olds.

The move would see the continuation of a two-tier system, with pupils from Lurgan Junior High being streamed at 14 years of age into a new bilateral school, which would have a selective grammar and non-selective intake.

The bilateral school – the Southern Education Board’s preferred option –  is based on a merger between Lurgan College (pictured) and the Lurgan Campus of Craigavon Senior High School.

It would see the new school ruled by one governing body and one principal. The second option would be a brand new build for Craigavon Senior High School on a single site in Craigavon.

The board has effectively abandoned its controversial collegiate model after more than 93 per cent of people who responded to the recent consultation process on the area plan rejected the idea.

The SELB went back to the drawing board and came up with the bilateral plan, which was given unanimous backing at the board meeting last month.

It is now being considered by the boards of governors at the schools it will affect.

Lurgan College say they will fight to retain a grammar school in Lurgan, while Craigavon Senior High Principal David Mehaffey has described the newly-tabled proposals as “interesting”.

According to the SELB, the matter is being dealt with as a matter of urgency, because of the viability and sustainability issues that threaten the Dickson Plan.

The board say this option will preserve the Dickson Plan, which has been described by Education Minister John O’Dowd as “no longer fit for purpose”.

An SELB spokesman said: “Following public consultation on the board’s Area Plan between July and October 2012, the board continues to work with principals and boards of governors of controlled schools in the Craigavon area in order to deliver sustainable education provision based on the principles of the Dickson Plan two-tier system.

“Any specific development proposals which emerge from discussions with schools will be subject to a further statutory two-month public consultation period.”