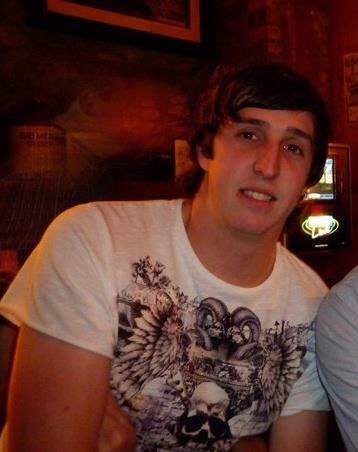 Friends of a young south Armagh man who died in a tragic accident in Australia last month are planning a very special fundraising night in his memory.

Niall Quinn died after he fell from a houseboat on the Murray River, which is near the border between Victoria and New South Wales.

The popular 25-year-old – who had been a past pupil of St Joseph’s High School in Crossmaglen – had been enjoying a weekend celebration for Australia Day.

Now devastated friends in Australia will honour his memory and help raise money for the Kevin Bell Repatriation Trust, which brought Niall home to be laid to rest. The event is due to take place in Melbourne next Friday, February 26, and will include a raffle and auction to raise as much money as possible.

And among the items which have been generously donated for the fundraiser is a signed Armagh GAA top.

Local businesses and sporting clubs in Melbourne and further afield have also donated prizes and items to go under the hammer.

The proceeds from the evening will be divided between the Kevin Bell Repatriation Trust and the Echuca Search and Rescue in Victoria, Australia, which had helped in the search for Niall after he tragically fell from the boat.

His friends, in organising the event, have set up a Facebook page to promote it and pay tribute to the hugely popular young man.

They state: “We are all devastated about Niall and it definitely has been like there has been a hole in all of our hearts over the last few weeks.

“Niall was one of the good ones who definitely would have put a smile on your face, sang you a song, told you a joke or added some happiness to your life in some way at one time or another.

“So there is no better way to honour Niall than to raise some money for two great causes, The Kevin Bell Repatriation Trust, who have been a huge assistance to Niall’s family at this difficult time, and the Echuca Search and Rescue, and for us to remember Niall by having a night that he would have loved.”