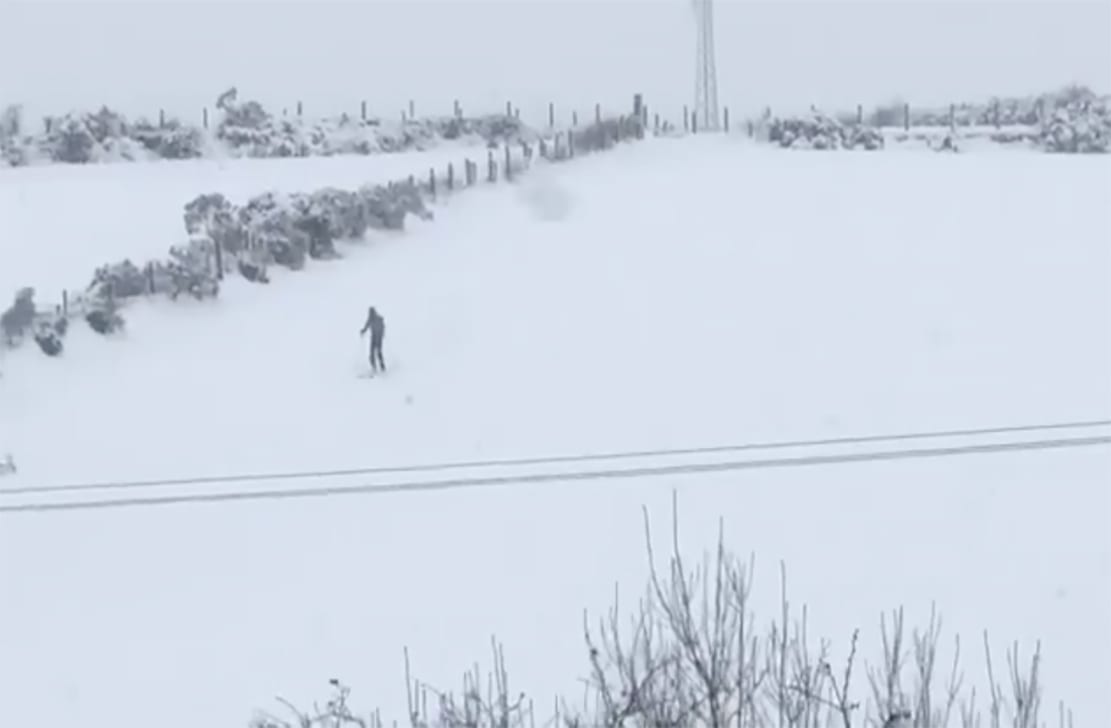 This is the moment Co Armagh man Robert Dougan made the most of the snow over the last number of days.

With roads impassable, schools closed, and cattle inside, there was little else to be at other than making the most of the weather.

It may have been misery on the roads for many but for Mr Dougan, his few hours on the slopes in Redrock were bliss.

And he saved himself a pretty penny too.

It may not be the Swiss Alps but it looks like a half decent run run.