Udderly fantastic sight on Armagh farm as cow delivers triplets at odds of 800,000 to 1!

Farmer in shock as multiple birth proves a moo-ving experience for all! 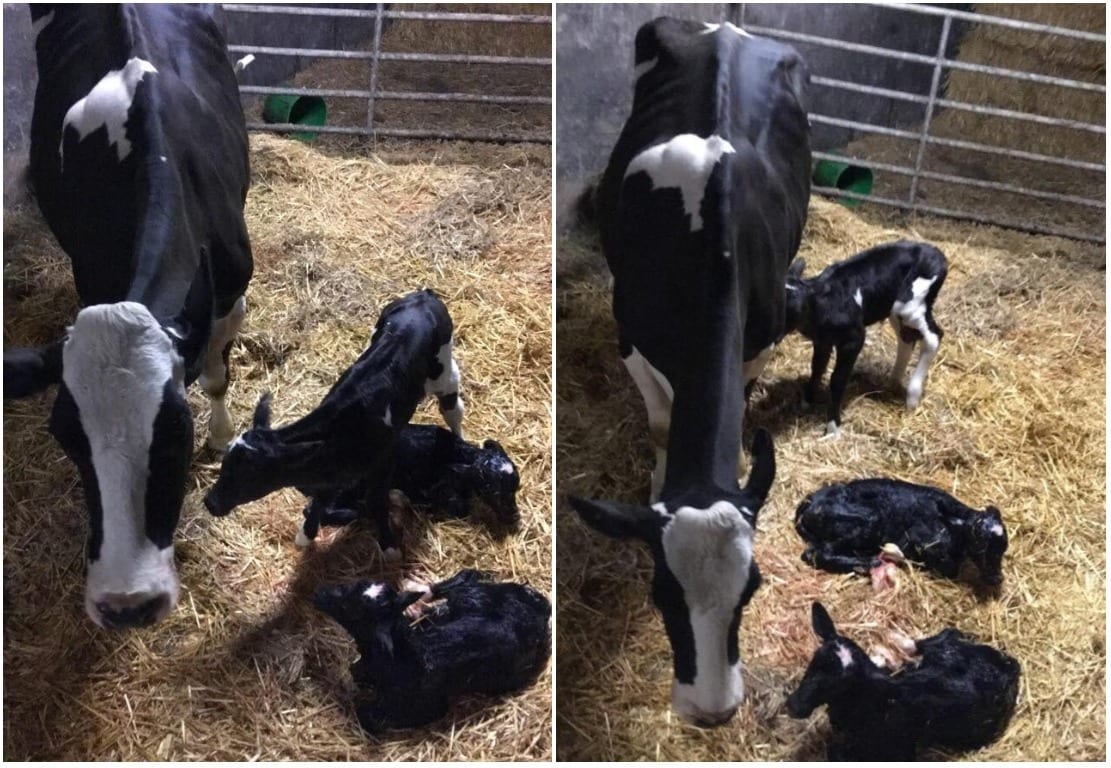 A Co Armagh farmer has been left “completely shocked” after one of his cows gave birth to triplets – at odds of some 800,000 to 1!

And what an ‘udderly’ fantastic sight to behold – three new-borns captured on camera being cared for minutes after birth by mum!

For the Megarity family – who have a farm on the Newry Road, between Armagh and Markethill – it was not the only multiple birth witnessed on Wednesday.

Sam Megarity said the odds-defying feat occurred on dad Brian’s farm, where he has a 100 cow dairy herd.

“We had a single and a set of twins earlier on yesterday.

“And then the five-year-old Friesian cow gave birth to triplet heifers. All cows are artificially insemenated on the farm – this cow was served with a Brown Swiss (SBR) breed.”

It wasn’t until late last night that all were present and correct and they were speechless by the incredible feat!

Sam explained: “She had calved the first one on her own out in the field at around 4.30pm.

“It wasn’t until around 11pm when we went out to check her to see if she was alright – not taking any fever or anything – that we noticed a foot coming out of her.

“Dad got stuck in to feel two back legs and a front leg, so he immediately knew there was more than one, so he got one pushed back, and got the one coming backwards out, and continued to pull number three out!”

A very rare occurrence and one that the Megarity family will not be forgetting any time soon!

“We were completely shocked!,” admits Sam.

Indeed, indeed – ’twas certainly was a moo-ving experience for all!