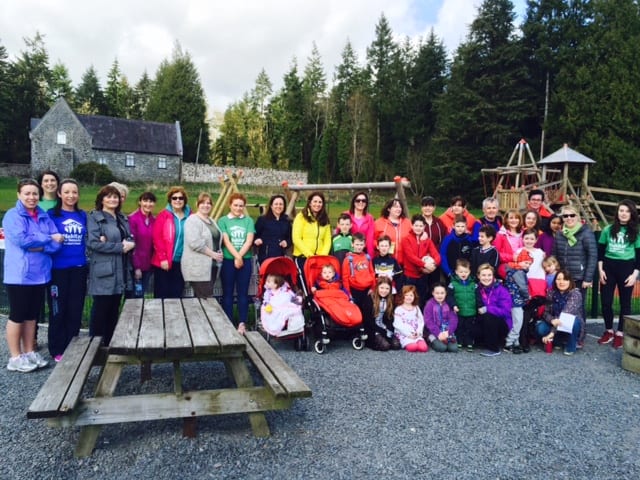 Families living in poverty-stricken Cambodia are to benefit from the proceeds of a sponsored walk at Gosford Forest Park.

Staff from the Southern Health and Social Care Trust took part in the walk to help raise funds for Habitat for Humanity, an organisation that works beside communities to improve living conditions.

The event was organised by Mairead Donnelly, a Family Nurse Supervisor in the Southern Trust, who will be traveling to Cambodia with Habitat for Humanity in June to volunteer on a water sanitation project.

Almost 40 people took part in total, including members of the Health Visiting, School Nursing and Reablement services, as well as Mairead’s colleagues in the Family Nurse Partnership. Participants at the sponsored walk in Gosford Park

Mairead offered her thanks to all those who showed their support by taking part in the walk and donating.

“I would like to thank everyone for their generosity and for giving up their time to make the event such a success,” she said.

“All the money raised will go directly to Habitat for Humanity for projects including the water sanitation project I will be volunteering with on during my trip in June.”

Fancea McNally, Finance and Business Manager at Habitat for Humanity Northern Ireland, said: “We really appreciate the support of the staff from the Southern Health and Social Care Trust and their friends and families.

“The funds raised will make a big difference, supporting projects that uplift families by improving their living conditions and providing a solid foundation to build a better future.”

If you would like to make a contribution to Mairead’s fundraising effort please visit https://cambodia2016.everydayhero.com/uk/mairead-cr-a.