If the recommendation is agreed, its closure next August would come exactly 150 years after the first Kingsmills School opened its doors 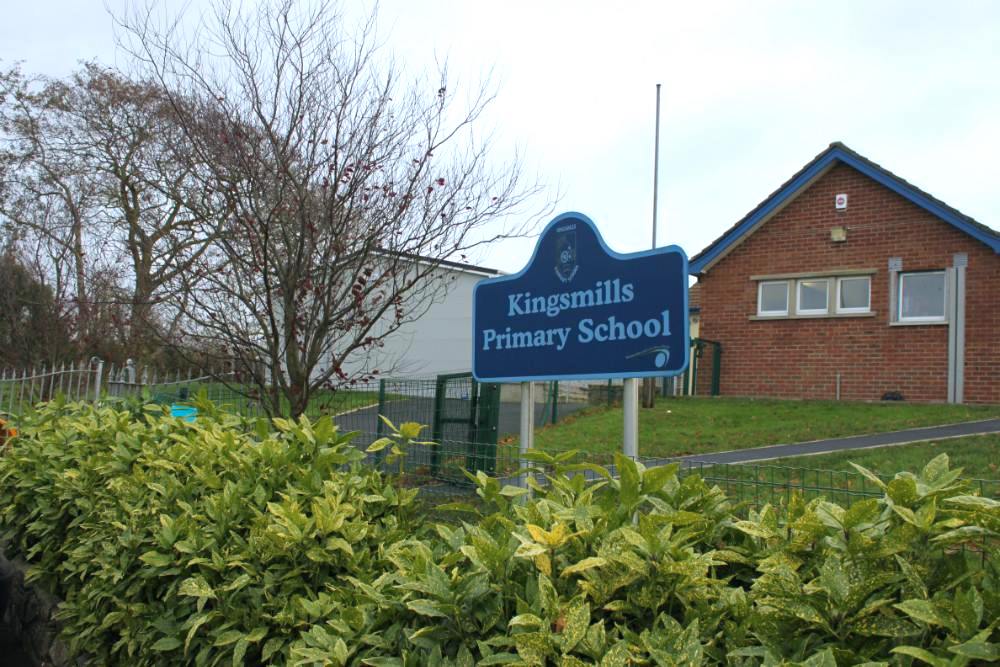 A rural County Armagh primary school has been earmarked for closure, Armagh I can reveal.

Kingsmills Primary is expected to be “discontinued” from August 31 next year or “as soon as possible thereafter”.

And if it does so, the closure will come exactly 150 years after the first Kingsmills School in the area opened its doors.

Generations of children have passed through the doors of the cherished community school, setting the early foundations for their educational journeys and moves towards working life.

It will, as naturally expected, bring about great sadness, disappointment and, indeed, opposition.

But the May meeting of the Education Authority’s strategic planning and policy committee agreed to “initiate pre-publication consultation” which would lead to Kingsmills PS’ demise.

Essentially, before bringing forward an official development proposal to close, officials will engage with the Board of Governors, staff of Kingsmills Primary, parents of children who attend the school and the trustees and managers of any other schools in the area likely to be affected if it closes.

According to the pre-publication consultation, which opened yesterday (Tuesday): “The Education Authority has met with the Board of Governors and principal to discuss all options and based on available information the Education Authority is taking forward the development proposal for the discontinuance of Kingsmills Primary School.”

Kingsmills School first opened its doors on October 1, 1873, on the site of what is now the car-park of Kingsmills Presbyterian Church.

It has been at its current location – on the Drumnahunshin Road in Whitecross – since 1958.

According to the school’s website, it consists of a main building, two mobile classrooms and several storage areas.

The school was extended in April 2013 when the building of its new multi-purpose hall was completed. A temporary building has also been added.

Now, however, education bosses are recommending the school – which currently has 32 pupils attending and an approved enrolment of 77 – should shut for good.

A controlled co-educational, non-selective school, the consultation notes: “Over the past number of years the school has experienced a downturn in enrolment numbers.”

“While the school has attracted a larger than normal intake in the 2020/21 school year, taken with the previous low enrolments, together with the higher number of pupils leaving the school over the years, the school’s enrolment has declined,” according to the pre-publication consultation.

It also points to a total of 309 “available places” within other controlled schools in the area, including Mountnorris Primary, Bessbrook Primary, Mullaglass Primary and Newtownhamilton Primary.

Kingsmills Primary has always had a glowing report card from school inspectors.

But according to the Education Authority, the rural school is not sustainable.

The pre-publication consultation advises: “At September 2021, the school has 32 pupils, based on admission trends and birth rates within the area, the enrolment numbers are not projected to increase substantially.

“The school’s enrolment falls well short of the Sustainable Schools Policy minimum threshold for a rural primary school of 105 pupils.”

The Education Authority says it has looked at various possibilities but states that to “do nothing is not an option“.

“However, given the proximity to other schools, a shared solution would not improve the sustainability ofKingsmills Primary School.”

In terms of the potential for local schools coming together, either through a collaboration or federation, which would provide each school with its own governing body, own budget, with representatives on a joint committee, this was also considered.

But it was decided it would “not provide for sustainable provision and would not improve the financial position of the school”.

Amalgamation was also ruled out, in that it would “not satisfy the requirements” of Department of Education policy, and was “not a suitable option for Kingsmills Primary School”.

It was also considered that “transforming to integrated status would not provide for a sustainable solution”.

It was decided, therefore, to recommend the closure of the school and that pupils would transfer to neighbouring schools, the closest of which, Mountnorris Primary School, is almost four miles away.

It is four-and-a-half miles to Bessbrook Primary and 5.2 miles to Mullaglass PS, although the report says that “many pupils will reside closer to the alternative primary schools”.

Looking to what happens next – and addressing the concerns and disappointments the recommendation will bring – the pre-consultation adds: “There are places available at Bessbrook Primary School and Mullaglass Primary School across most year groups and the Education Authority will work with the families, should the proposal be approved, to facilitate their identified preferred alternative school, subject to availability and discussions with the preferred school.

“In discussions with the Board of Governors, there was disappointment that the work of the governors could not provide a sustainable solution for the school. Governors put forward proposals to promote the school, however, as current enrolment trends do not project an upturn in numbers, sustainability is difficult.

“The Education Authority recognises the commitment of the governors but the current circumstances would not provide for sustainable broad and balanced curricular provision of pupils currently attending Kingsmills PrimarySchool.

“In consideration of the options above, the Education Authority recommends that Kingsmills Primary School discontinues with effect from 31 August 2023, or as soon as possible thereafter.”

If agreed, the Education Authority says the closure would see an operation “cost saving inclusive of a saving of £47,426 small schools support factor”.

It would also meet with staff to “discuss options”, while an action plan would be implemented for the “discontinuance of the school”.

The pre-publication consultation will now run for eight weeks – up until July 8 – with the development proposal to be published in September. The public will then have their chance to respond and there would be two months to lodge objections.

The recommendation would then go to the Minister and Department of Education in January for them to sign off on a decision.

If it goes ahead, the school will cease teaching at the end of the summer term next year.