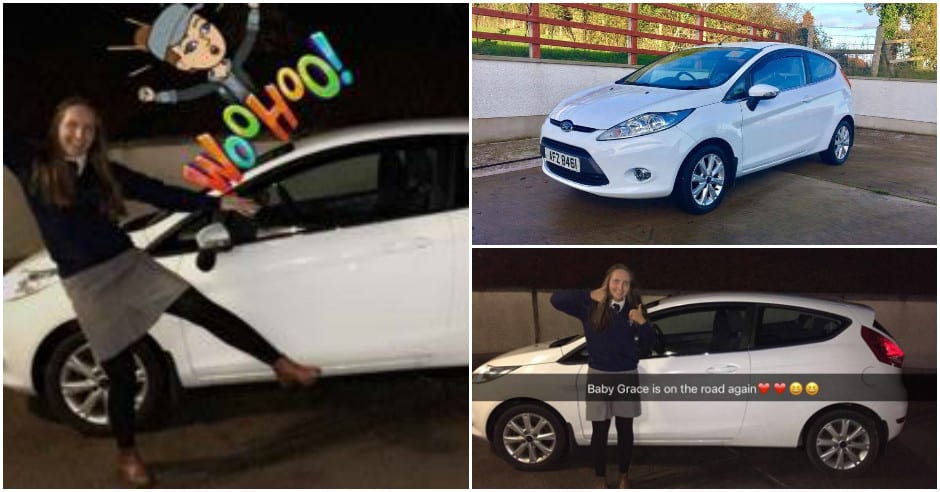 A teenage girl who had her car stolen at gunpoint by three masked thugs has had her vehicle returned – and she’s thrilled to bits!

Seventeen-year-old Chloe Hawthorne was subjected to a terrifying ordeal almost a month ago.

The three – armed with a gun – called at the family home at Redrock at around tea-time.

They smashed their way inside and demanded the keys to Chloe’s car, which she had bought and paid for with her own money.

But she was also deeply upset that her pride and joy – which she calls Grace – was gone.

The thugs called at the house after crashing another vehicle close by the Hawthorne family home.

Chloe’s car was later recovered in the Republic of Ireland.

After a little work it is now shining like a new pin and Chloe is delighted.

She offered thanks to Chris and Tom Patterson for a first class job in getting “Grace all clean inside and out”.

And Chloe added: “She is gleaming now – so happy to have my baby back, fixed and back to normal.”

The investigation into the incident is still ongoing.