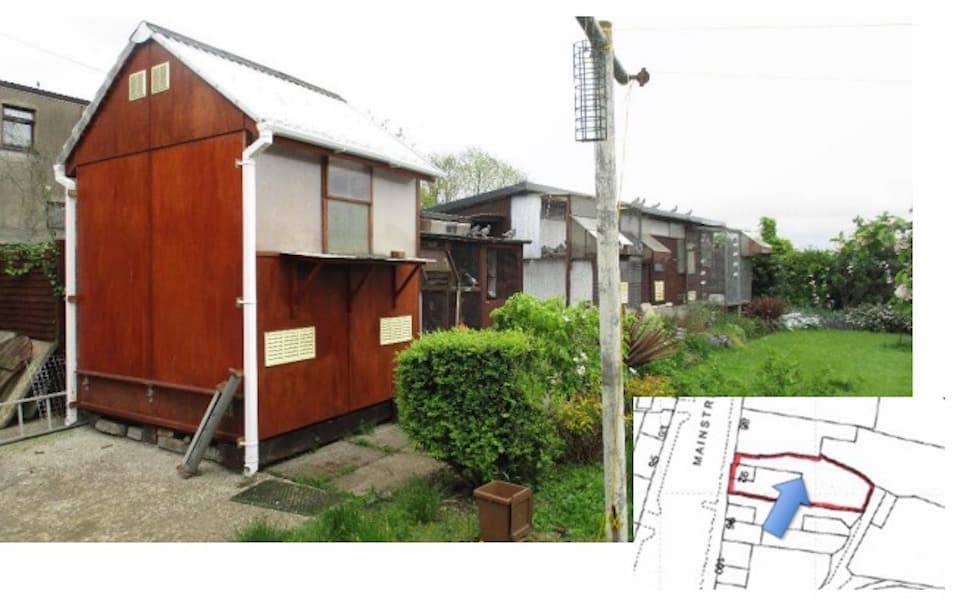 Armagh City, Banbridge and Craigavon Borough Council’s planning committee has approved an application for the retention of a pigeon loft in Markethill.

Lodged by agent CT Lindsay, Chartered Architect Ltd on behalf of the applicant, Mr Muldrew, permission is sought to retain a pigeon loft at 92 Main Street Markethill and the application was approved at a meeting of the committee on Wednesday, July 6.

Speaking about the application a planning officer told the chamber the loft houses approximately 30 birds and the site includes two other lofts and a domestic garden.

“This third loft, which this application relates, is to improve the welfare of the birds,” said the planning officer.

“Objections have been received on behalf of two objectors and there concerns relate to location within built up area and potential nuisance from noise and droppings.

“Environmental health were consulted and following clarification from the applicant they advised they had no objections to the proposal.

“The objections have been fully considered and officers are of the opinion the proposal meets the policy requirements and it is recommended members grant planning permission.”

Speaking against the proposal, Alderman Jim Speers showed the committee a roof tile belonging to one of the objectors and claimed the damage to it had been caused by these pigeons.

“In relation to this property the objector has sent me to speak on her behalf along with a few slates from her roof. Her roof has been, as I understand it, replaced on a couple of occasions,” he said.

“She tells me this is as a result of pigeons on the roof. I visited the property and saw about 30 pigeons sitting on the roof. If that was your house or mine we would be asking questions as to the suitability of a pigeon loft or lofts at that location and that is the concern of the resident.”

The committee’s Chair, Alderman Gareth Wilson reminded Alderman Speers any evidence presented to the committee should be submitted prior to the meeting but confirmed his “points had been noted”.

Speaking on behalf of the application, the agent Colin Lindsay said he would “fully endorse the officers’ recommendation to approve the application” and not the number of birds on site does not vary as a result of this application.

“The retention of new loft is not an intensification, it is allowing a man to continue with his hobby. With regards the damage to the roof it would seem unusual that property is the only property that has had its roof damaged and the applicant’s own property has had no damage,” he said.

“The rest of the birds do not get out, they are breeding stock or young birds. Not allowing this new loft, which gives the birds a higher quality of life, really makes little difference. There will still be pigeons at this site regardless.”

“There will still be droppings even if we refuse this and that is not going to change the problem,” he said.

“If we refuse this the applicant will simply move them into existing ones and there is nothing we would be able to do about that.

“From that point of view I am minded to accept the recommendation as outlined as it will not address any of the concerns raised about pigeon droppings.”

Councillor Darren McNally said he was “content officers have got it right” and proposed the application was approved and the proposal was seconded by Cllr Savage before the committee voiced its approval.