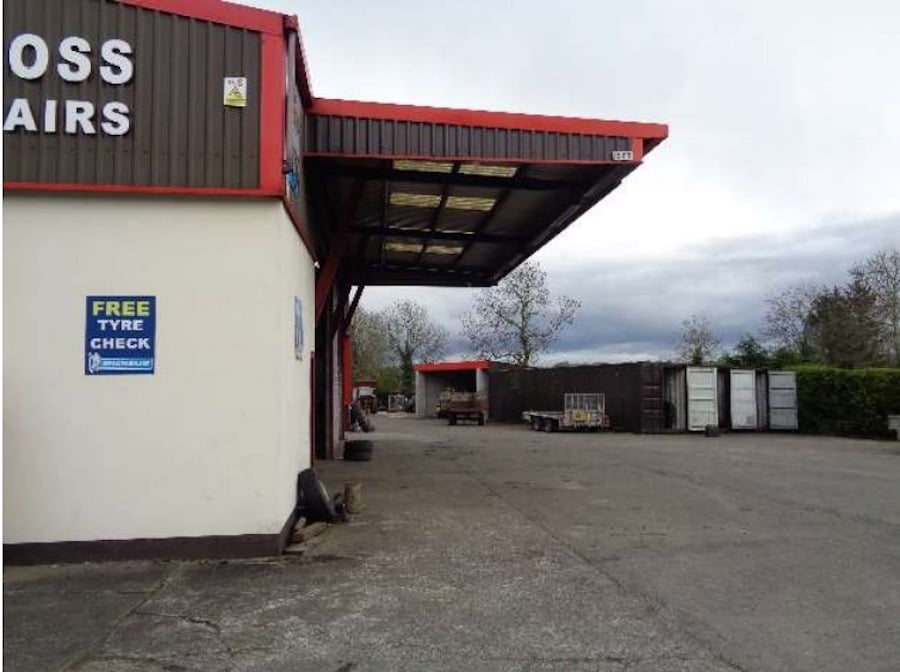 An application to build a storage unit at a vehicle repair shop and tyre fitting centre has been approved by Armagh City, Banbridge and Craigavon Borough Council’s planning committee despite a number of objections.

The application, lodged by agent Lenaghan Design on behalf of applicant Keith Ross is in relation to Keith Ross Tyres and Restorations at 34 Main Street, Mountnorris.

The planning application appeared before the committee as it had received a total of 23 objections – 16 from seven different postal addresses while a further seven were anonymous.

Some of the objections included concerns about the development’s proximity to residential dwellings, the visual impact of the building and a fear that digging the ground at the site would be dangerous as it is suspected asbestos is buried at the site.

Committee members were advised the proposal to build this 13.75m by 7.75m storage building had already been amended by the applicant.

The proposed building will match the external finish of the existing buildings on site and will be set back from the south-eastern boundary of the site by 4m.

The application was brought before the committee with the recommendation to approve. However, an objector, made a presentation to the committee and reiterated the concern about the potential for asbestos at the site.

They also noted they are entitled to open their windows and get fresh air, not diesel fumes or paint fumes.

Councillor Sam Nicholson asked if the claim of asbestos had been addressed. He was advised by a planning officer that it has not been specifically addressed as it does not fall under the remit of the planning authority and is the responsibility of the Health and Safety Executive.

He was also told that no evidence had been provided to substantiate the claims and therefore only limited weight could be given to it as a reason to reject.

When questioned further by Councillor Nicholson in relation to potential contaminants, the planning officer made it clear Council’s environmental health department had raised no concerns about this application.

Alderman Gareth Wilson noted the “fairly rigorous” conditions attached to the application which the applicant had indicated they are content with and proposed the committee accept the recommendation to approve the application.

This proposal was second by Councillor Peter Lavery who said in his view, “the recommendation is correct, approval is the right outcome”.

The committee then confirmed it was in agreement with Alderman Wilson’s proposal.