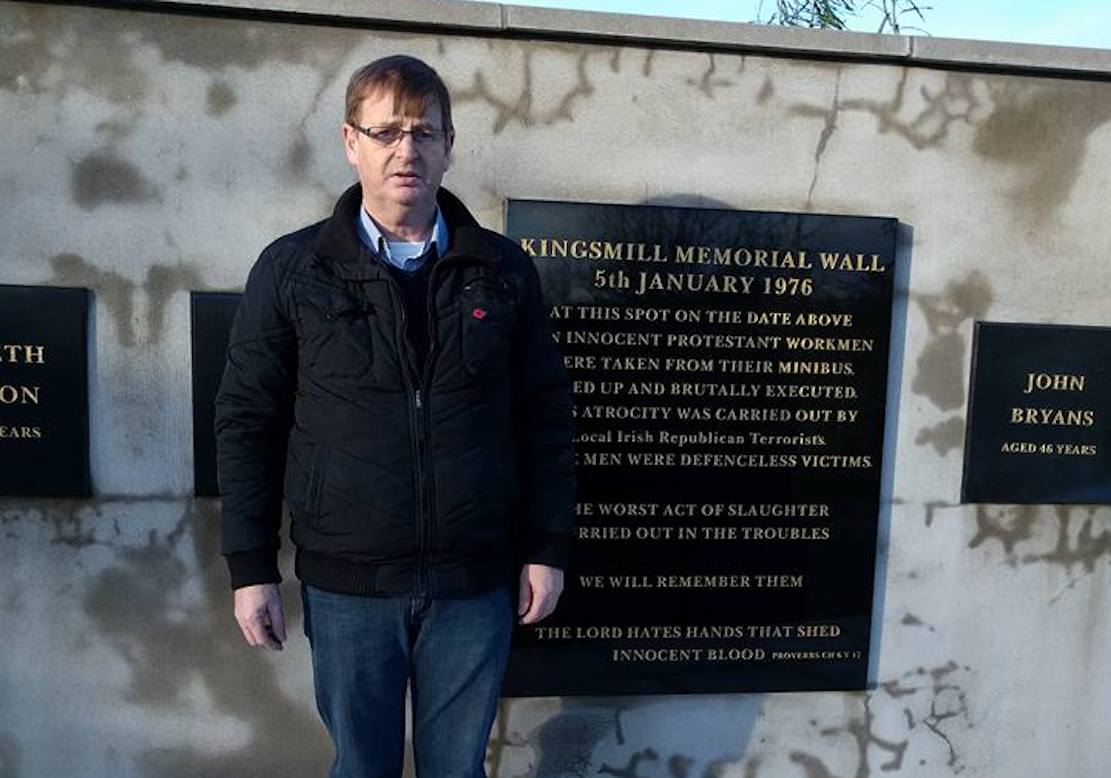 William Frazer campaigned for the victims of the Kingsmills' massacre

The Markethill man’s funeral was held at Fivemilehill Pentecostal Church in Bessbrook following his passing in Craigavon Area Hospital on Friday where he had been in ill health for a period of time.

Mr Frazer, who would have turned 59 next week, is survived by his wife Ann – the couple had been married for almost 29 years – and son Phillip.

He was a founding member of the victims group FAIR and had been deeply involved in the victims’ sector over many years.

His passing on Friday was announced by his close friend Pastor Barrie Halliday.

He said Mr Frazer was “one of the best sons Ulster ever had”.

Pastor Halliday added: “He died peacefully with his family around him. We thought the world of him as a father, husband and a great friend.

And he added: “A true son of Ulster has fallen this afternoon.”