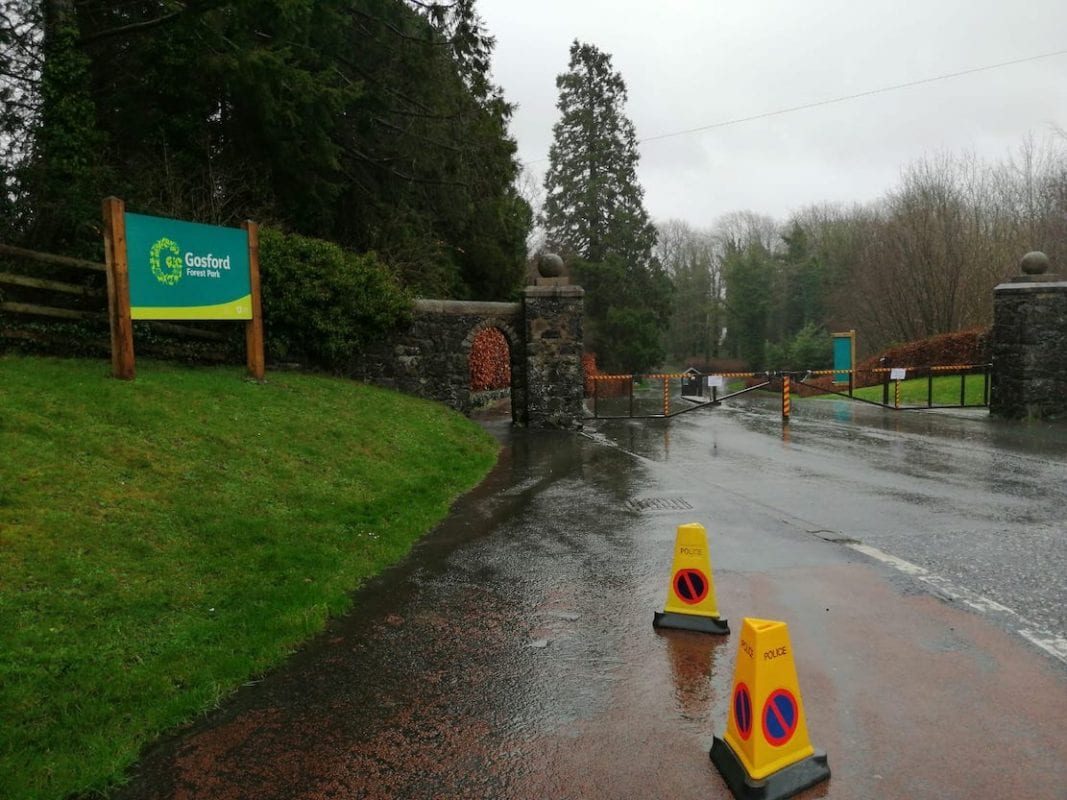 Gosford has become a victim of its own success as the ever-evolving forest park continues to attract huge numbers.

That is in part down to a huge investment in bike trails and play pods installed in recent times across the vast forest.

However, parking at the Markethill attraction has proven a huge issue for residents, motorists and Council for years.

And on Sunday, the issue was once again highlighted, as cars were turned away because of capacity issues; many of those then opting for the hard shoulder.

An age-old problem – a “culture” – one Councillor says needs to be tackled.

DUP Alderman Gareth Wilson told Armagh I capacity is also an issue and something he will implore Council to look at further.

“This continues to be a significant concern and with every positive addition to the park, such as the new play pods opening in recent days, and the fact more people are focussing on outdoor leisure due to the restrictions for coronavirus, Gosford is suffering a little from its own resounding success as a venue,” said Councillor Wilson.

“At tonight’s (Monday) Leisure Services Committee we will be focussing on the forest park visitor numbers and discussions around further developments in the park.

“I have to say the Council team at Gosford have been doing a sterling job in running the venue and they deserve great credit.”

Councillor Wilson said he would like to see Council press ahead with the creation of further on site parking, so that in instances where a lot of people converge on the park, “there is enough room to accommodate all the vehicles”.

However, he added: “Regardless of those high capacity occasions where the park is closed for a short time, it is very clear that no matter what further capacity is created a minority of people will still favour parking on a very dangerous hard shoulder rather than either buy a yearly ticket or pay £5 for the day.

“That is a very difficult culture to change but that is where a focus must be brought.”

A number of people contacted Armagh I following Sunday’s story around the parking issues, to highlight the fact that they were being turned away at the gate because the park was full.

Those people stressed the lack of alternative parking.