Glen in Glenanne ‘really shaping up to be a great attraction’ 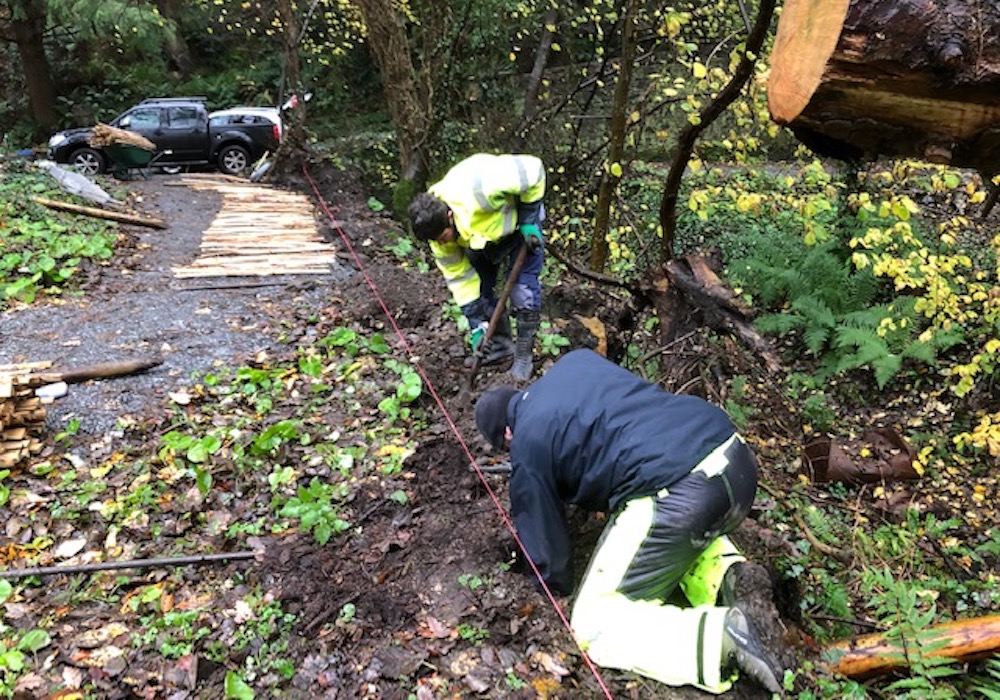 Armagh City, Banbridge and Craigavon Borough Council is set to submit an expression of interest in a funding scheme that could improve the walkways and car park at an Armagh beauty spot.

If Council is successful with its application, 85 per cent of the cost of upgrading 2.6km of community trails and developing a new car park at The Glen in Glenanne could be financed via the Forest Park Enhancement and Community Trail Development Scheme 2021/2022.

The scheme is financed by the Department for Agriculture, Environment and Rural Affairs.

The matter was discussed at a meeting of Council’s leisure and community development committee.

The Glen is owned, managed and maintained by the Glenanne Development Association and officers estimate the total cost of the project will be £139,000.

If the funding application is successful, Council would be responsible for the running of the project and would require a development agreement with Glenanne Development Association before work could begin.

Alderman Jim Speers was full of praise for the work the Glenanne Development Association has already done and proposed Council submit an expression of interest to secure the funding for this scheme.

“This is a tremendous development in Glenanne; it is one of these places that is not known for the right reasons,” said Alderman Speers.

“However, there is a group that has got up and going in that area and they are doing tremendous work.

“This is a major part of it, it is great to see such a project get worked up in the community by the community.

“Groups that pull themselves up by their shoe laces are worthy of support and encouragement and I for one think it is great to see this project reach this stage and want to see Council become more involved in an area that has tremendous potential.”

Alderman Speers also called for a a meeting to be arranged between the group and local councillors to further discuss the plans for the area.

The proposal was seconded by Alderman Gareth Wilson who said there was an “amazing amount of work being done” and noted the project is “really shaping up to be a great attraction”.

Councillor Peter Lavery said he would concur with the previous speakers and expressed his hope the proposal was successful and said he is “looking forward to taking a day down there”.

Councillor Lavelle McIlwrath said he had worked with the association over the years on a number of projects and would “absolutely endorse” this one.

The proposal to submit an expression of interest to the Forest Park Enhancement and Community Trail Development Scheme 2021/2022 was put forward by Alderman Speers and seconded by Alderman Wilson.