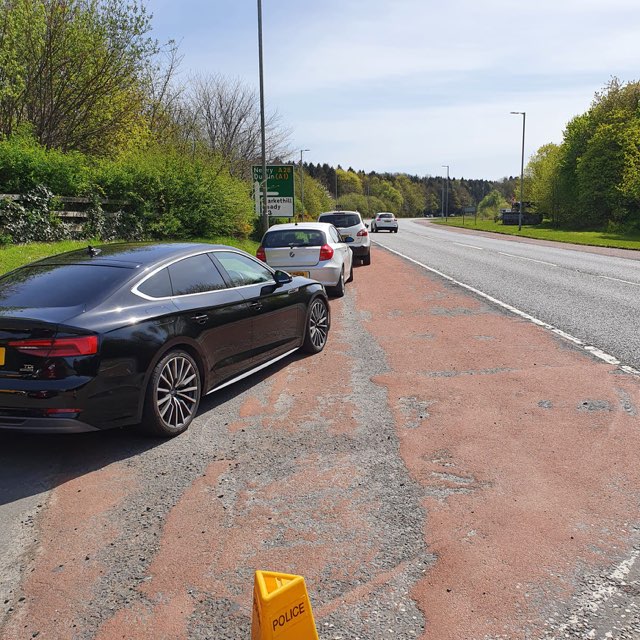 A new consignment of bollards to try and prevent parking on the hard should at Gosford has arrived, ABC Council has been told.

The information was relayed to the remote meeting of council which took place last night (Tuesday).

And it comes hours before the re-opening today (Wednesday) of the car park at Gosford and this will be free of charge to the public, the meeting learned.

This is a move which has been welcomed and there have been hopes expressed that it might cut back on the number of people parking at the hard shoulder.

But the meeting recognised however that something needs to be done to bring about change in the long term.

Ulster Unionist Alderman Jim Speers said he welcomed the decision in relation to opening up the car park at Gosford.

He said he had raised repeatedly the issue of parking on the roadway and the dangers which came as a result of that.

He asked that at this particular time the window of opportunity – when people are able to go in off the road and into the park without being restricted – be availed of with a view to getting some “permanent solution” in place.

Alderman Speers said it was an ongoing problem of people parking on the roadway or the entrance to Gosford and people emerging from the forest park were experiencing difficulties.

“I know that the PSNI have been in contact and we have got additional bollards to try and deal with some of the parking issues,” he added.

The confirmation – he told councillors – had come in a telephone call from the PSNI earlier on Tuesday.

At the last remote meeting of council earlier this month, councillors heard that the cost of replacing damaged or stolen cones outside Gosford would have run to £1,200 in a matter of months.

Mr Parkinson conceded this was a “short-term measure”.

He said he could only see the demand of people looking to go to Gosford increasing and agreed there was a real need for a resolution and he was happy to take part in any efforts to bring this about.

He told Tuesday night’s meeting: “Yesterday there was a large number of vehicles on either side of the entrance and I would be keen to see the cones back out again as soon as possible.

“I know that the car park is reopening and the fact that it’s free, hopefully that should move people off the carriageway and into the car park.

“We could have a huge influx of cars there and I’m just wondering if distancing is going to be an issue. People jamming in so close and that I think we’re maybe going to be open to a wee bit of criticism there so I think we need to be on our guard about that and take action as required if things don’t seem to be working out as well as they could.

“But I’m fully supportive of other efforts to fully eliminate the hard shoulder parking in the days ahead.”

Mr Parkinson was in agreement and also said the those on site on behalf of the council would “do everything in our power to try and ensure that people do social distance”, especially in relation to parking.