'It makes me very mad that for they risk this for the sake £25 to keep everyone safe! Are their kids not worth this?' 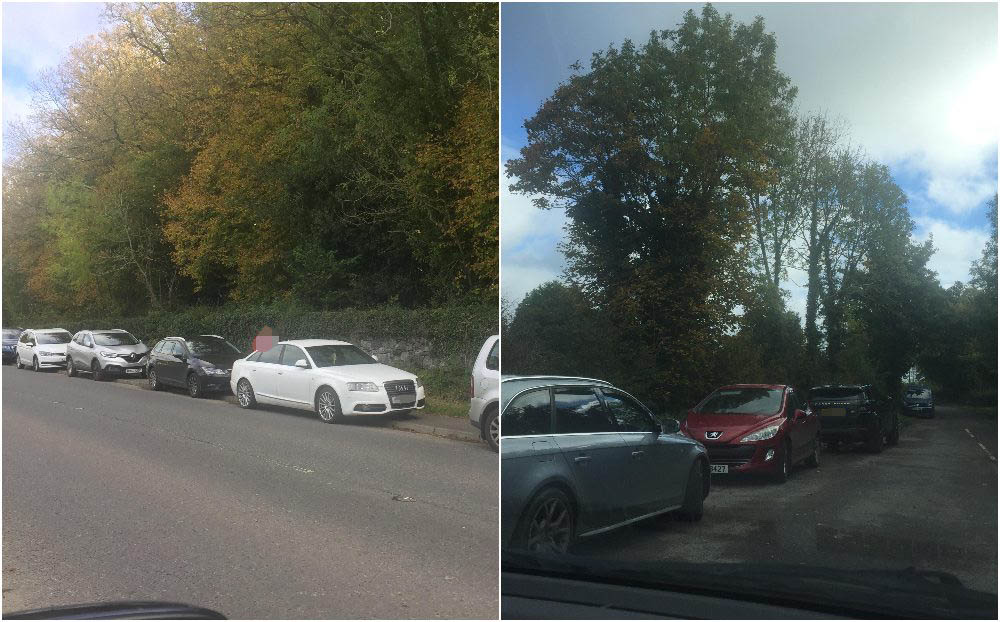 Bumper-to-bumper cars surround side roads and along the front of Gosford Forest Park as drivers still try and dodge the entry fee.

These pictures show the scene on the Mullaghbrack Road at Markethill at 11am on Sunday.

And as the local resident who sent them to us said “there are more arriving all the time”.

A similar scene can be witnessed on the Tannaghmore Road.

These cars are parking up despite the cost of an annual pass remaining at a reduced rate of £25.

The resident told Armagh I : “I live on the Tannaghmore Road and every evening and weekend they park both sides of it at the end. They are also parked both sides on a Sunday at the back entrance.

“Out the front entrance of Gosford was also getting bad this morning when I was coming back.

“People have also started to park outside the old Gosford Hotel too. It’s no wonder there are accidents as people can’t see the road.”

The local lady hit out at those who were putting their own safety – and that of other road users and residents – in danger.

She added: “One evening my brother was going out the end of our road and a child on a bicycle came across the road in front of him. He said  if he had been going faster he never would have got stopped.

“The parents were over 100 yards away walking behind the child.

“It makes me very mad that they take this risk for the sake £25 to keep everyone safe! Are their kids not worth this?

“As the old ad used to say about seatbelts, you wouldn’t put your good China in the backseat of a car without protection.”

The resident is again calling for more concerted efforts to deal with the situation – and would like to see the big car park at the castle open and made available for cars too.

She said: “I think they should all get ticketed. A few fines and they would pay into Gosford. The hard shoulder and footpath are not for cars.”