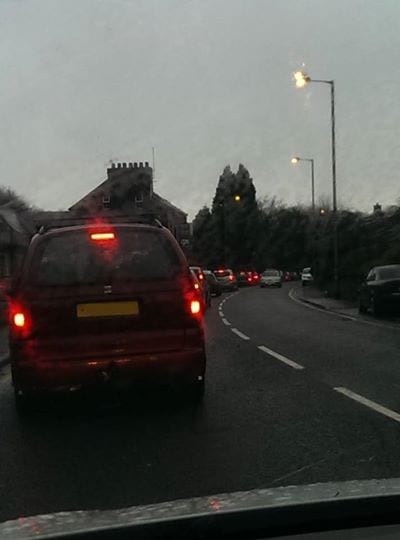 A marquee was blown apart by high winds at a machinery show at the Maze this afternoon.

It is understood a man was taken to hospital after being struck on the head.

High winds have been wreaking havoc across the entire county today with power cuts in the Armagh areas. Commenting on the incident at the machinery show at the Maze, Chairman of the Agriculture Committee the DUP’s William Irwin MLA stated: “Firstly my thoughts are with the gentlemen who was struck on the head and I understand he was taken to hospital, we all hope he makes a full and swift recovery.

“I have been informed that he had only stepped away from an exhibitors stand and was then struck by the marquee supports which had been dislodged by the strong winds.”

He added: “An exhibitor contacted me who was in the marquee and he was very shaken by this incident as large steel supports were literally flying everywhere and people really had to move fast to get out of the way.”

He concluded, “This is a very concerning incident and obviously the high winds and exposed nature of the site has led to a significant part of this marquee being blown apart. I will be making inquiries on this matter to see if more could have been done to better secure the structure given that high winds have been a feature of our weather in recent days.

“With so many people in the vicinity the exhibitor stated to me it could have been much, much worse as over lunch time the amount of people in the marquee was low. If the incident had occurred any earlier it could have been a very different outcome and hopefully lessons can be learned in terms of ensuring that in this type of weather these temporary structures are securely stayed to the ground.”