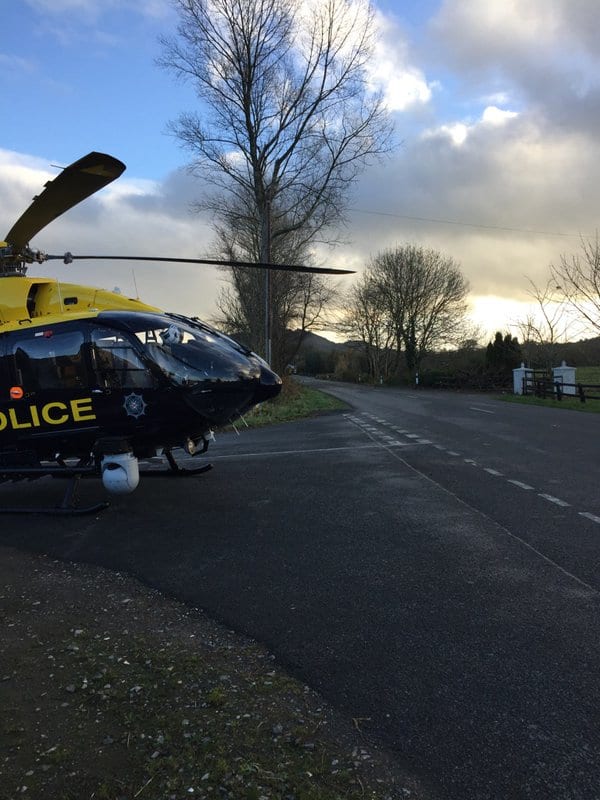 A man has been airlifted to hospital following a serious one-vehicle road traffic collision in county Armagh today.

The collision happened on the Longfield Road in Forkhill earlier this afternoon.

It is understood the man involved suffered significant injuries.

He was airlifted by helicopter to Musgrave Park Hospital in Belfast before being transferred directly to the Royal Victoria Hospital in the city.

The road has been closed and diversions are in place.